Warwick defeats Lancaster Catholic 50-37 to qualify for its second trip to the LL finals.

The Warriors have to be the scrappiest team I have seen this year. They have lost 2 starters due to injury, bring up a player from the Jv (Chase Krall) who led them in scoring tonight, and dig in on the defensive end. They feature the three-ball and fight thru droughts. Warwick is a fun team to watch as they have different guys step up on the offensive end and are very consistent on the defensive end. 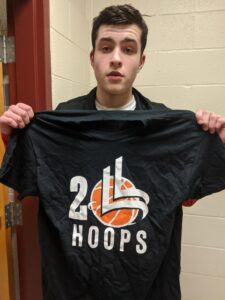 LLhoops will have the game live-streamed– and of course replayed.

Some clips from the game…and Dell’s soundcloud wrap at the bottom of the post.