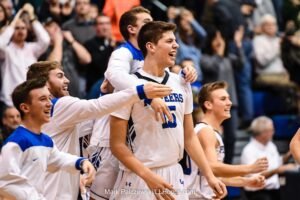 Ed. Note: LLhoops releases its ALL Decade team for 2010-2019. We included input from several coaches (current and ex), media,  and LLhoops archives for past all LLhoops team mentions. We probably missed some outstanding players and will consider them for this list if we receive supporting info. Nothing is perfect but here is our current list of LLhoops All Decade Team. Past All Decade Teams . Special thanks to Dave Porter and Mark P for photos and LL coaches for helping with information and feedback. Enjoy! 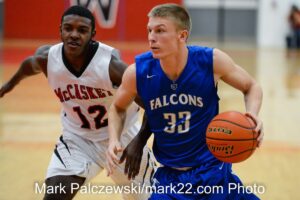 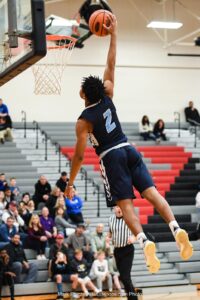 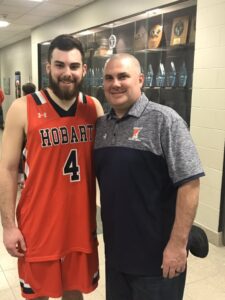 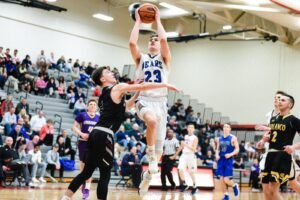 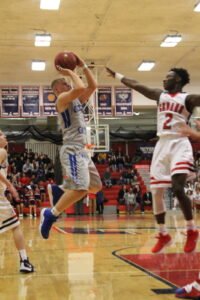 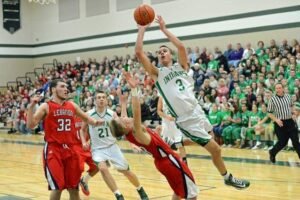 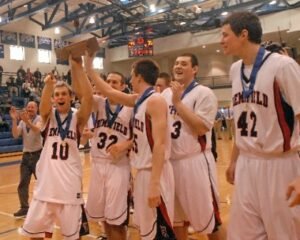 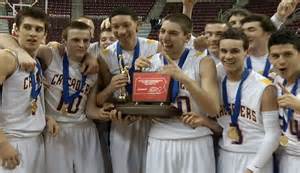 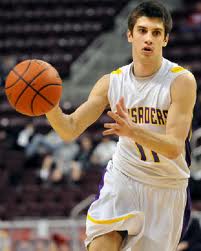 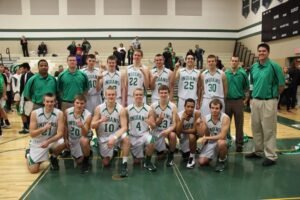 2013 Donegal: 29-3 overall record. Remarkably, only an L-L Section Three title to show for their stellar season as the Indians fell to McCaskey in the L-L semifinals, Berks Catholic in District III-3A semifinals, and Imhotep Charter in the PIAA-3A state semifinals, all by a combined total of 11 points. Beat nationally-ranked and three-time defending state champ, Neumann-Goretti, in the state quarterfinals. It would be N-G’s last loss in the state tournament until 2019. Ryan Butt was later named 2013 PIAA AAA Boys’ Head Coach of the Year. 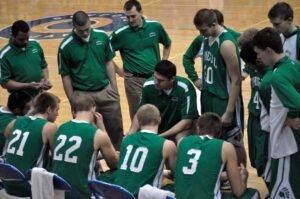 2018 Lancaster Mennonite: Narrowly missing out on a state tournament bid entirely, the Blazers claimed the very last seed and quickly made the most of it in the western half of the bracket. After being dispatched to Johnstown, Mennonite was forced to play back-to-back games in Altoona, roughly a three-hour drive in one direction. The last of their games in Altoona would be a memorable double overtime 50-48 victory over Greenville from District 10. From there, Mennonite was able to play somewhat closer to home in Chambersburg — a District 3 school — in the state semifinal round against Richland. After a back and forth affair, Mennonite’s memorable state playoff run would then come to an untimely end as a Tyler Zimmerman half-court buzzer-beater — a moment that would be captured as the top play on SportsCenter that same evening 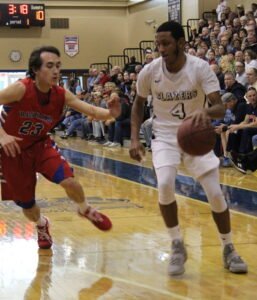 —sent Richland into the state championship game, 54-52. Lancaster Mennonite head coach Geoff Groff would later be tabbed as a finalist for PIAA-3A Boys’ Basketball Coach of the Year.

Link to last second shot by Richland via Google Photos 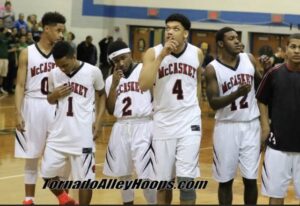 2015 McCaskey: 23-11 overall. A team for the ages. The Red Tornado lost a hotly contested District 3 game against Reading, 56-50, as both the Red Tornado and Red Knights had players ejected during a scrum. After the Reading contest, the Tornado’s next game was against Harrisburg in the playback round. As a result of the melee that took place against Reading, the entire McCaskey bench was given a one-game suspension for leaving the bench area during the fracas. Efforts to add JV players as reinforcements were unsuccessful, thus the Red Tornado starters were tasked with playing the entire game with no substitutes available. Although they fought valiantly, the Red Tornado would bow out to the Cougars in that memorable game, 60-48. The “Iron Five” were Kobe Gantz, Randolph Speller, La’Detrius Sibley, Tyler Owens and Kyaire Bynum. Despite their District 3 tournament exit, the Red Tornado were able to persevere and snatch up the last remaining seed (8th) in the AAAA state tournament. Once there, McCaskey went on to defeat Abington, Methacton, and Lasalle College before falling to Roman Catholic in the state semifinal round, 69-66. To this day, many believe with conviction that if McCaskey would have been able to get past Roman Catholic, they would have gone on to defeat Martin Luther King in the state championship game a few days later to bring the first state title trophy home to arguably the L-L’s most iconic program. 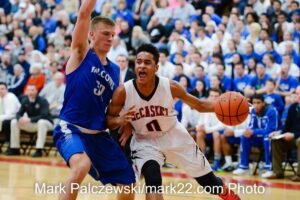 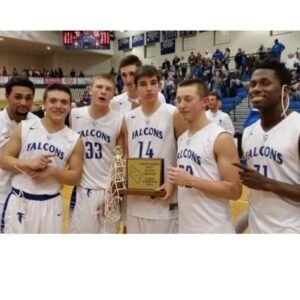 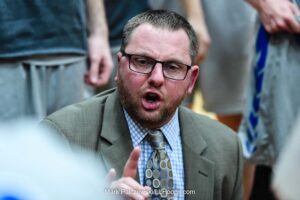 2015 Cedar Crest: Like their fellow Section One brothers in McCaskey that same season, the Cedar Crest Falcons authored their best season in school history in 2015 as well. Heading into the final few games of the regular season, Cedar Crest was sitting firmly at the #1 spot in the District 3-AAAA standings before falling to Warwick on the Warriors’ senior night. The crown jewel of Cedar Crest’s four consecutive trips to Lancaster-Lebanon League championship from 2013 thru 2016, the 2015 Falcons went on the capture their second straight league title crown in a 70-66 takedown of the aforementioned Red Tornado. From there, Cedar Crest stormed through the District 3-AAAA tournament field — a memorable stretch run that included a 27-point decimation of Harrisburg before a victory over Reading in the semifinal round — eventually meeting up with York for the second consecutive year in the title game. Despite only finding out literally the night before the game that they would be playing without the contributions of several key players due to a reprimand sent down by the school’s administration, the Falcons fought courageously, eventually succumbing to the Bearcats, 56-53. By the game’s conclusion, Cedar Crest’s Evan Horn had firmly cemented his name as arguably the best player in the entirety of District 3, as the Cedar Crest junior guard went on to pilot the Falcons’ effort en route to a game-high 21 points. From there, Cedar Crest would eventually meet nationally-ranked Roman Catholic in the second round of the state tournament in Coatesville—- the same Roman Catholic team comprised of many future Penn State Nittany Lions, including future NBA player Tony Carr, that would eventually defeat McCaskey in the semifinal round the very next week — before Cedar Crest would fall victim to an emphatic Cahillite second half rally, 53-35. 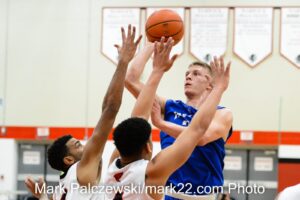 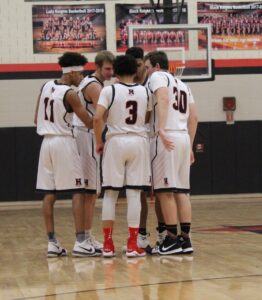 2017 & 2018 Hempfield: In many ways, these two Black Knight squads are very much tied at the hip. Most of that is due to the fact that several key players were hold overs from one year to next, including Ryan Moffatt, Eli Washington, Donovan Green, Anthony Alston, Drew Groft, Teagan Hazel, along with future Temple Owl football gridder, David Martin-Robinson. Despite advancing no further than the semifinal round of the L-L playoffs in either season, the Black Knights eventually became a potent and dangerous assignment once inside the PIAA state tournament. In 2017 most specifically, Hempfield was able to make a run all the way to the District 3-6A championship game before eventually falling 67-40 to a physically-imposing Harrisburg Cougars squad that featured future All-American Penn State linebacker, Micah Parsons, inside. Ironically, Harrisburg was able to hand eventual state champion Reading their final loss of the 2017 campaign as the Cougars had gotten the better of the Red Knights and future NBA player Lonnie Walker in the District 3-6A semifinal round, 61-58. After their setback in the District 3 finals, Hempfield went on to post a marvelous postseason run that included memorable victories over a high-flying Allentown Allen Canaries squad seen doing windmill dunks and other acrobatics of the like in the pregame, effectively grinding Allen down to a pulp, 60-55, in a game held nearby at Warwick. From there, Hempfield went to defeat another Pennsylvania high school blueblood, Williamsport, 49-45, at historic Martz Hall in Pottsville. Eventually however, the Black Knights’ memorable run that season would end in the Elite Eight when Hempfield bowed out to Philadelphia Catholic League member, Archbishop Ryan, 60-50 at the Geigle Complex in Reading. The next season, Hempfield would again muster up a deep run in the state playoffs that felt eerily similar, including stymieing a far more superior athletic squad in Coatesville on the opening night of the state playoffs — a game contested at Warwick again no less — 66-53. And while the 2018 Black Knights would end up falling one game shy of their mark from the previous season, their final game this time around was for more heroic as Hempfield needed to use nearly everyone in uniform while battling foul troubles down the stretch before eventually succumbing to the Lincoln Railsplitters of the Philadelphia Public League, 65-55 in double overtime at Pottstown High School. After the game, legendary Hempfield head coach Danny Walck remarked, “You have to look at body of work. They won 24 games. It’s not going to mean a whole lot going home tonight, but maybe on down the road they’ll have a chance to look back and reflect. I’m just really proud and privileged to be their coach. They’re right up there at the top. They set a high standard for us as a program.” 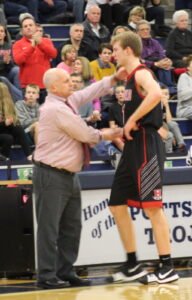 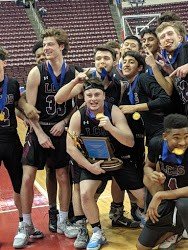