Wilson and Governor Mifflin opened Berks I league play against one another in early January.  In the first matchup at Wilson,  the Bulldogs controlled most of the game  and prevailed 54-39.  Tuesday in almost a mirror image performance in Shillington, the Bulldogs jumped out early and came out on top over Governor Mifflin 52-37.

Freshman Stevie Mitchell led a balanced Wilson attack with 13.  Logan Horst had another solid game.  Horst had key rebounds and blocks inside and another good performance beyond the arc.  Bryce Black had 9 to lead a hard luck Mifflin offensive effort.

It was a slow starting affair with Wilson up 4-2 at the 3:28 mark of quarter one.  The first quarter ended with Wilson on top 11-6.  The second quarter was almost exactly like the first.  Wilson had deliberate, productive offensive sets, Mifflin seemed to struggle getting into any offensive rhythm.  We went to half Wilson ahead 24-12.

Wilson never let Mifflin in this game.  The Bulldogs played lights out D all night long and rarely let Mifflin have any second chances on the offensive end.  After three Wilson stretched the lead to 38-21.  The final was Wilson 52 Governor Mifflin 37. 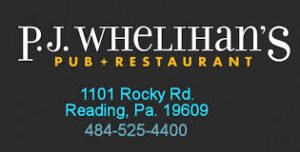