The Kutztown Cougars came into Wednesday nights matchup with the Wyomissing Spartans riding high.  15 straight wins and number one in the District Three AAA power rating.  Wyomissing entered with only five wins and was still searching for team chemistry.  So I guess the writing was on the wall for this one, or was it.  Wyomissing fought the Cougars tough all night long.  The Spartans forced OT and then let Dom Wise take over.  Wyomissing upset Kutztown 54-47 Wednesday night.

Dominic Wise was a one man wrecking crew for the Spartans and got better as the game wore on.  12 of Wise’s game high 26 points came in the overtime.  Wise also had 15 rebounds. Dominic was tasked to guard Cougar standout Lorencz Jean-Baptiste  LJP ended with only two field goals, but did tally 15 points.

After a very slow start both teams finally settled in.  Kutztown picked up the pace toward the end for the quarter and held an 11-7 advantage after one.  Things turned around in the Spartans favor in quarter two.  Some deliberate offensive sets and key free throws vaulted the Spartans to a 21-17 halftime lead.

Kutztown made a run to start the second half.  LJP and Brayden Eck made some nice moves to the basket and the Cougars were solid from the charity stripe.  At the end of three it was Kutztown 32 Wyomissing 26.  Wyo got back in the game early in the final quarter and it went back and forth the rest of the way. Both teams had a shot to win in regulation but failed.  It was extra basketball time and time to shine for Dom Wise.  Wise controlled the defensive end and the Spartan offensive flowed through him the entire extra period.  The Cougars had no answer for Mr. Wise and the Spartans pulled away for the 54-47win. 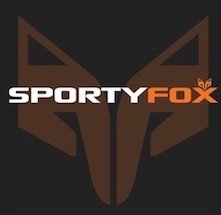