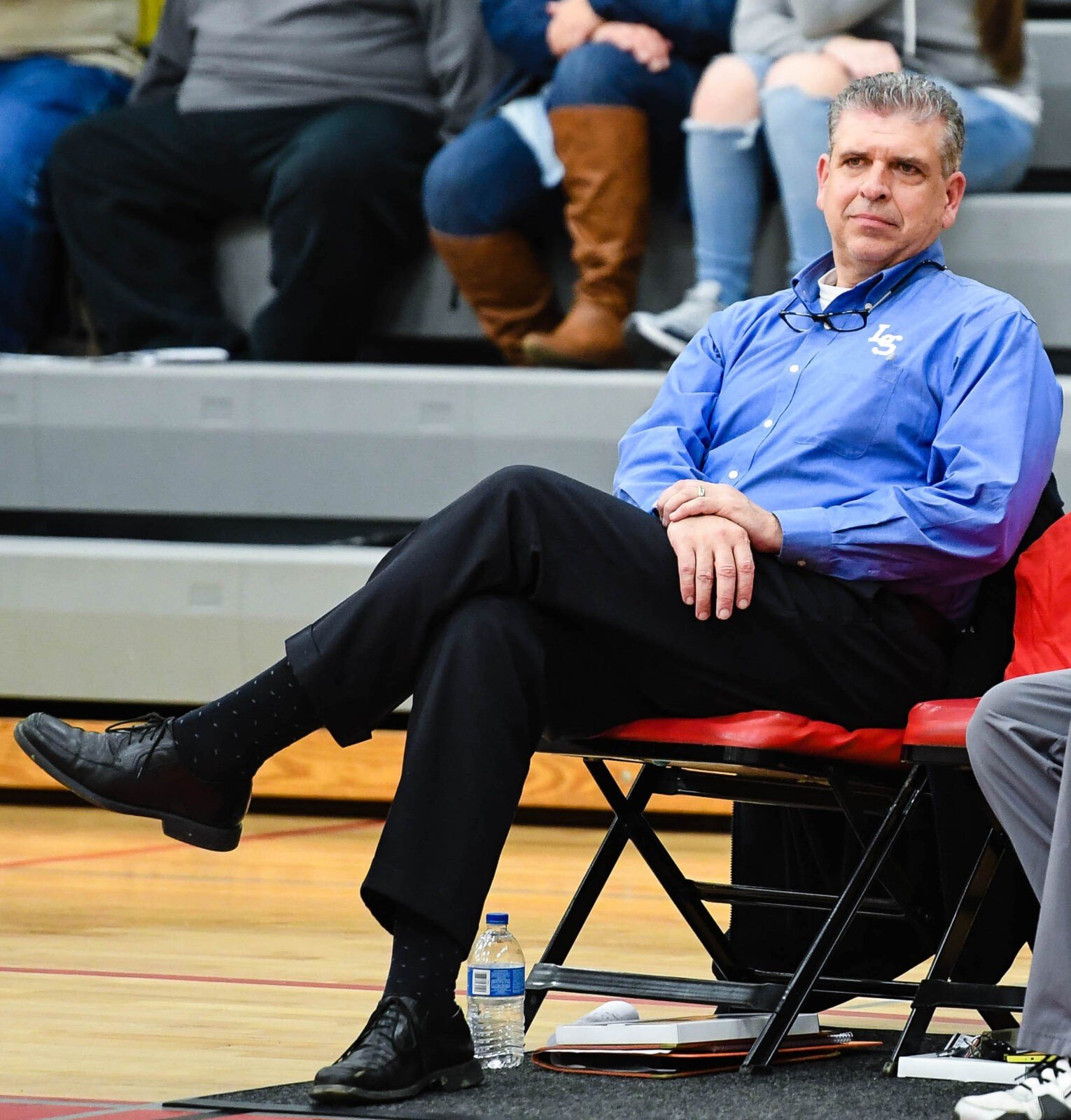 Coach Berryman was recently named LLhoops.com coach of the year in section 2. He shares with us some thoughts about his program, the year that was and looking ahead.Enjoy!

1) Congrats on a great season and being named LLhoops Section 2 Coach of the Year. Was there a time when you thought this team was going to be special or was the thought process – lets get better each game?

I think we first recognized that this team had great potential during our team camp at Albright College. We won all of our games and that included teams from New Jersey, Pennsylvania and DC. What I saw was a group who was unselfish and did not care who scored. They all accepted their role and rarely did they try and do things they weren’t capable of doing. Everyone played tough defense! We also knew that we had great leadership from our senior class.

At the beginning of the year, as we do every year, we set our goal to win the section. Winning the section will lead us to post season opportunities. This year though, we added the LL League Championship to our goals. There has been an empty space on the Boys Basketball Banner hanging in the gym under League Champion. We felt that this was the year to fill in that space!

2) LS wins its first ever LL title. Can you take us thru some hi-lights of the LL tournament?

By winning the section we were able to play the first round at home. We played LMH who we had played and beaten earlier in the year in a tough game. We knew they were better than they were the first time we played. Anytime LS plays LMH, you know that it is going to be a high intensity game. We trailed after each of the first three quarters. John Gillespie was shooting the lights out and Carter Hurst was also on fire. We kept competing and leaned on our big man Ryan Smith. He played with a determination that I hadn’t seen before. He was dominant and led us that night with 39 points.

In the semifinals we played Hempfield. We started strong and led 19-2 after the first quarter with Isaac Beers scoring 15 of his game high 22 points. I remember telling the team that this game was far from over and I reminded them that Hempfield had scored 35 points in one quarter this past season. As expected, they came back and had us on our heels. We did not handle their half court 1-2-2 trap very well and the game was tight. Zack Kingsley made a huge 3 point shot and then later penetrated the baseline to make a nice pass to Ryan. There was a definite sigh of relief when the final buzzer sounded.

In the championship game against Catholic, we started slow and fell behind early in the first quarter. Like our first game against LMH, we had already played Catholic as it was our first game of the year. Again, we knew it was going to be a tough game as they always get better as the season progresses. Isaac had a great game and scored the ball inside and outside. As happened most of the season, we were led by Ryan and Isaac and everyone else made key contributions. Another highlight in the game was listening to the LS and LC student sections going back and forth. As expected, they both did it with class! It felt great as a coach to put those Gold Medals around the neck of each player. We dreamt big and we were able to realize that dream!

3) Where do you go from here? Program plans, adjustments, etc?

As we continue to grow our program, I have to mention our youth program. We have great parents/coaches who love the game and volunteer their time to teach the fundamentals of the game. In fact, John Achille started the in house program in 2004-2005 and I was the sixth grade coach with my son playing. My assistant, Bob Sweger, has been instrumental in the growth of our youth program. We feel good about our program and feel that next season can be another successful campaign. We had 14 players on the varsity roster last year. That will leave us with 8 players returning and half of them being key contributors this past season. The JV team had a strong year and ended their season 16-3. Obviously when you graduate 6 significant seniors you will need to make adjustments. The core of our program does not change, we will continue to play hard, play together, and have fun. I always enjoy the challenge of understanding each player’s strengths, and putting them in the best positions so that we can all be successful as a group.

4) What are your thoughts on the new LL format next season?

I really don’t have much to say about the new 5 section format. We will see how it plays out next year. I just know that we will be setting our goal to win section 3

5) What were/are key components of the success you have had at LS the last 2 seasons as head coach?

One of the key components of our success the last two years is the fact that we have had good players. A lot of the guys are playing basketball all year round. They are focused and have an individual determination to get better.

We preach team consistently. We look to move the ball on offense so that we as a team can get the best shot. We will play tough team defense by being in proper help position and communicating well.

I have a dedicated group of coaches. Bob Sweger, my assistant, and Pete Kingsley, the freshman coach, are always keeping the boys playing in the off season. We also have consistency in our middle school program with Bob Rosensteel who has been a fixture at LS for over 30 years.

We have a consistent message, which is PLAY HARD, PLAY TOGETHER, and HAVE FUN!