3A- top 4- LMHS is in the PIAA
4A—top 5 teams – Lanc Cath or NL must win 2 more to get into the PIAA tournament
5A- top 10- LS, Spot, and Ephrata are in the PIAA tou8rnament
6A- top 6 teams – Hempfield, TWp are in …Crest must win vs Dallastown to qualify

A look back…
“Oof” was a word used on the twitter sites to describe the LL’s performances on last Thursday. The LL boys went 1-6- with the only win being a come from behind victory by Ephrata, playing in the playback game.

LMHS lost to top seeded Kutztown. LS lost in OT to a gritty Lower Dauphin team. Lancaster Cath. was beaten at home by Mike Gaffey-coached, Bishop McDevitt. Northern Lebanon hung with Berks Catholic for about a ½. Spot was run out of the gym by a top seeded team, Milton Hershey. Donegal’s season ended at 12-12 with a loss to New Oxford, although the Indians did comeback late in that game. All in all the LL played tough in most of the games, but not quite good enough to claim slots in Hershey.

LLhoops was at the LS game. The Pioneers led 20-16 at the half. LD employed a 2-3 zone trying to make things difficult for Ryan Smith, 6’10” center. Normally the Pioneers adjust and pop some three balls, but they weren’t connecting (LS had 6 but 5 in the this half). Patrick Holmes had 17 pts for the Pioneers – all in the first half. Smith scored more in the second half and finished with 16. LD had balanced scoring and nailed 9/11 foul shots in the OT to earn its way to Hershey. Click here for audio wrap.

Andy Herr and Bruce Badgley doubled teamed the Berks Cath/NL game. Click here for Andy’s wrap. Bruce has all his media files on his twitter site.

6A LL
The Big boys saved the day for LL boys teams playing in Hershey.

TWP defeated a shirt handed Cedar Crest team at Crest to move on in the tournament. The Streaks play Reading HS in the Semis at the Giant Center Tuesday. Reading claimed the top seed in the tournament. The Steaks have displayed a lot of grit as they seem to bounce back from tough losses and then re-focus quickly (Hempfield, Crest, Spot losses all followed by wins the next game). TWP lost a tough game in the LL playin’ game to Spot, providing the Streaks with time to work on the little things. Coach Johns spent the time “working on our game”. The Streaks held down Conestoga Valley in the first round 6A game 52-39. 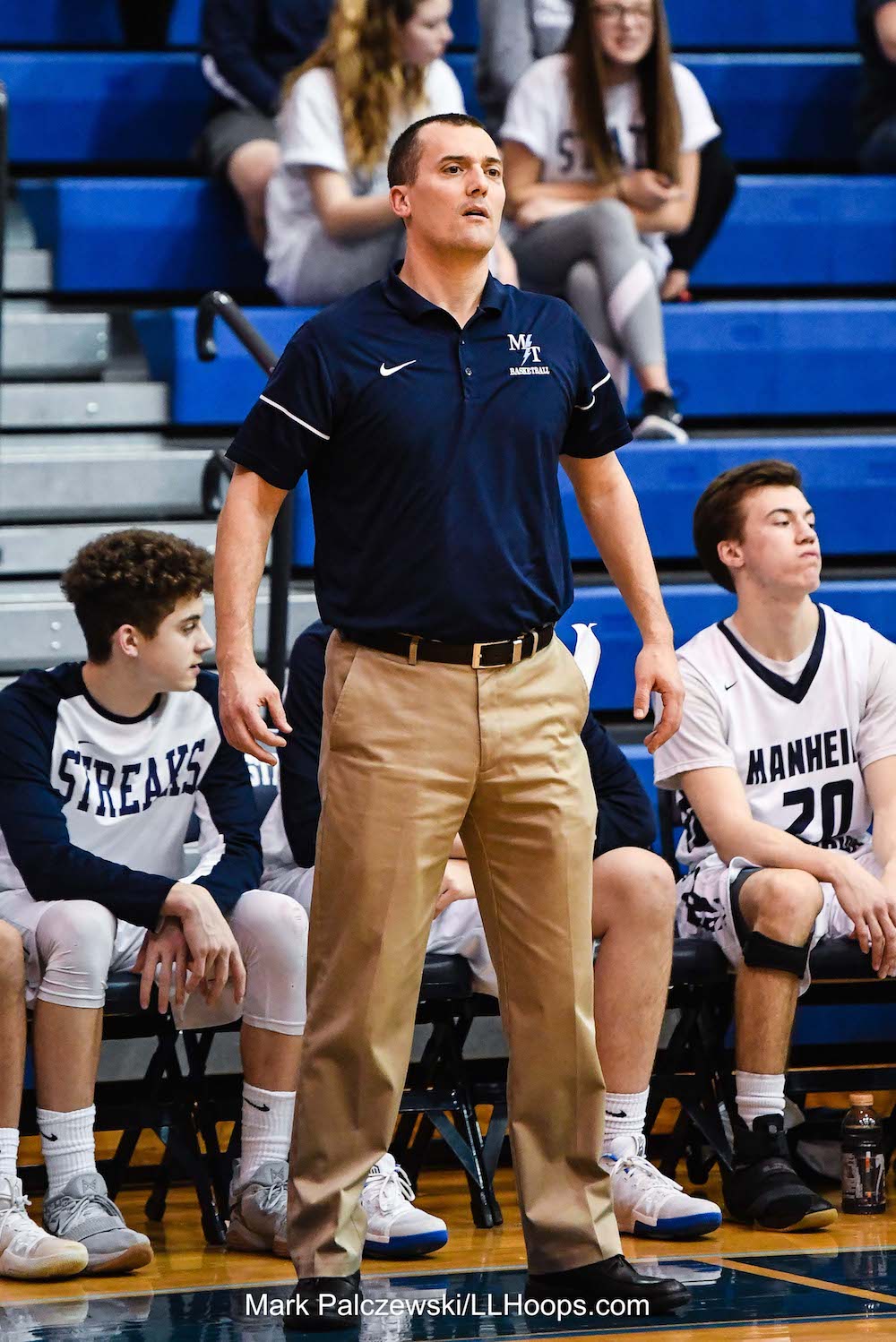 Coach Johns gave us some insights to their preparation this week.
“Taking on the defending state champs is quite a challenge but all you can do is prepare for the teams put in front of you. We are going to prepare for this no differently than we have for every other game this year. We want to limit their strengths, look for ways to score, and embrace the moment. At this point in the season we are all what we are; all coaches are just working to bring out a great version of ourselves for at least 32 minutes.”

Hempfield beat an up-coming Wilson team for the second time this season 59-49. Check out Andy’s wrap. 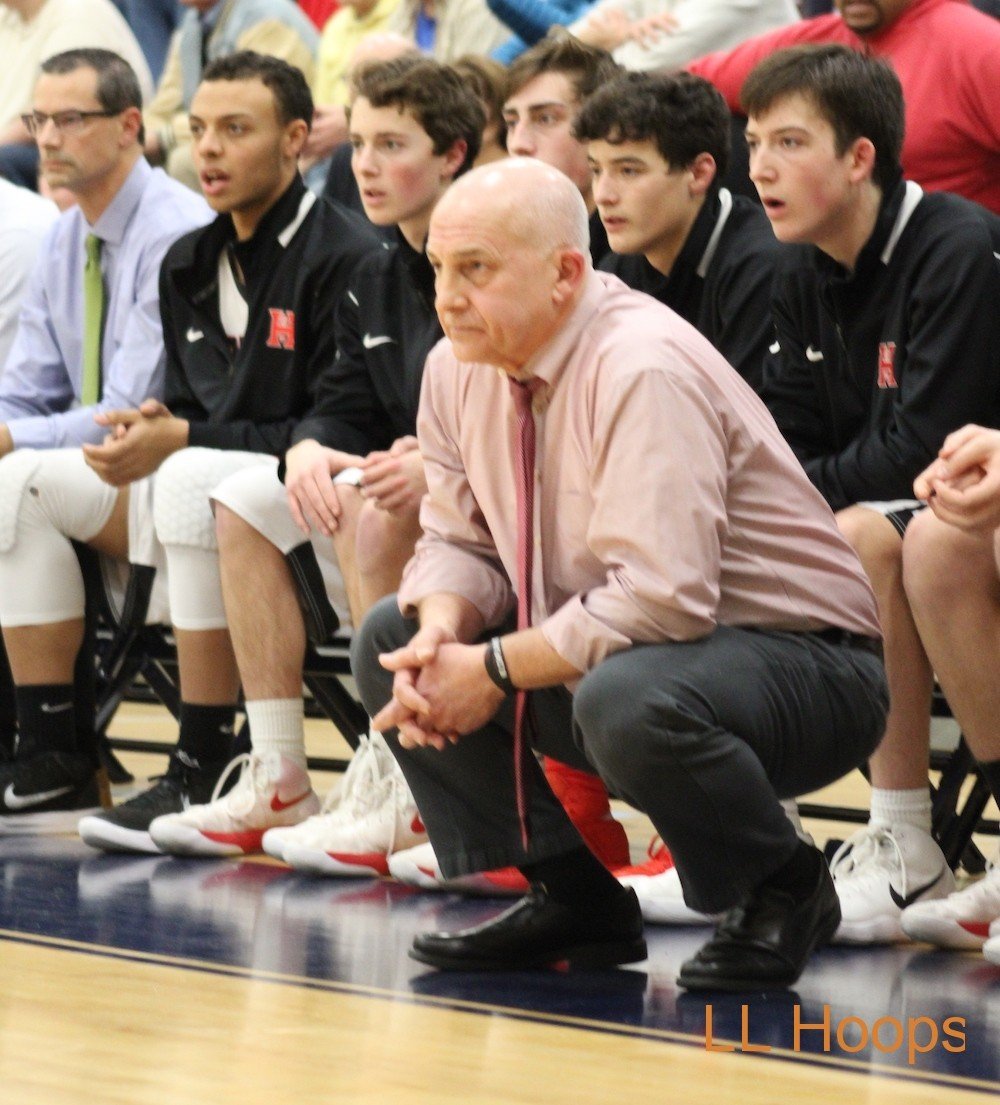 So….the LL has 2 teams playing Tuesday at the Giant Center. Of course, Andy and I will be providing updates and commentary during and after the games.

We are still working on the main page issues.

Special thanks to all folks who send us updates during the games. Sometimes its tough to re-tweet info when covering games: @godonegalsports and @GSSpartanSports were very helpful last week.

Scores/Schedule page will be updated after the games Monday and Tuesday- too many what ifs and “ya’ all” know how we handle that—not well.

Page views and sessions are slowing down a bit as we have fewer teams left playing.

We had over 40k “impressions” on the twitter site during the LL championship.

States coming up…our beat writer from Neast PA – Jon K (@LLHoopsNEPbeat) – provides info on all the teams in the Neast corner of the state!

We ran into our unofficial editor and UNC lover, Bob Swavely at TWP last week. 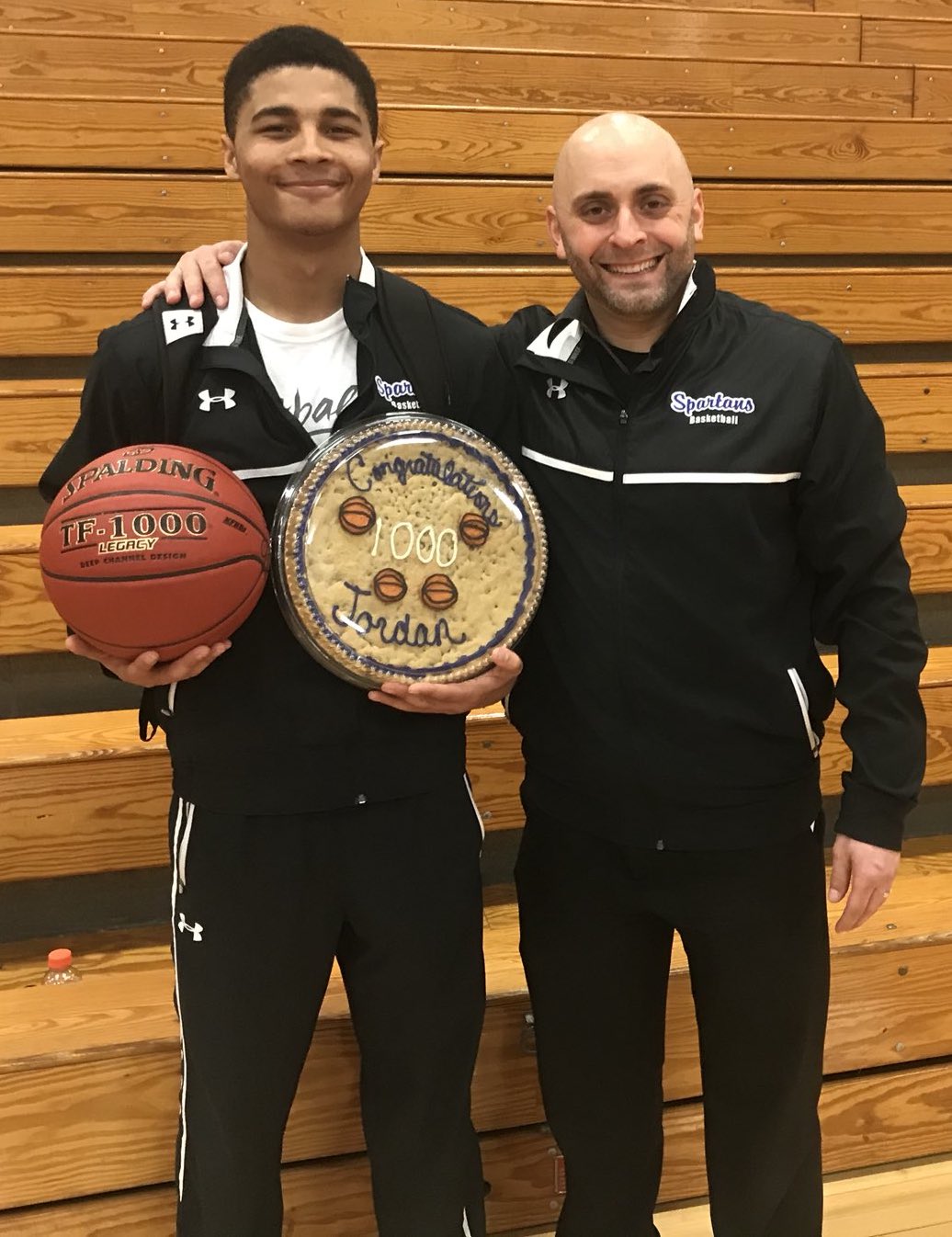 Jordan passed the mark in the district 3 game vs. Dover Most district 3 games are not stopped with a 1000 pt scorer, although Mike Bullock (@thebullp_n) cited one game that he witnessed that did.

Commentary on NCAA..
Kind of torn here. I believe that allegations are just that….but can Arizona get to the bottom of the issue before NCAA’s? It took them (NCAA) years to decided UNC issue (not guilty), not as long with Louisville (lost title and games)….What a mess—IF Arizona is stripped of wins this year but plays in the NCAA tournament and wins a bunch of games? …. Crazy Bill Walton stated he just wanted to “ride his bike” and not be associated with the game…There will be a lot of talk this next few weeks – although I’m not sure anything can get settled before the NCAA tournament.

Most Penn State fans can relate to the feeling that the NCAA seems to punish schools because of individuals breaking laws.

If payments were discussed and provided, then Arizona will probably fire the coach and suspend the player….and take a hit this season.

If the FBI does not provide the tapes, then what? It is an ongoing investigation (sound familiar?).

I’m not sure paying players from the school will solve anything. How much is too much? Top QB goes to the team with the highest bid? Player quits team A to go to team B because they pay more?

However, we will all continue to watch the NCAA tournament. Yes? Thought so.

ESPN dropping UNC, Duke, and others in the report. Looks like a meal money issue with some of the schools mentioned. I’m not sure that is up there with 100k bribes. I’m not making excuses for the Dukies or UNC, but the point is there are rules and then there are BIG rules. It will play out and you can bet that UNC/Dukes of the world will be under the microscope more than others.

District 3 at the Giant Center
I usually sit with LNP’s Mike Gross  (@MikeGrossLNP) at the districts. He usually does a neat wrap of the week in his weekly column at the end of the tournament. “kaBoom” will be mentioned a few times this week.

John Walk (@JWalkLNP) continues to impress with his muti-tasking at games.

We also get to to talk with the referees supervisor at the games- always good to get some interpretation.

BLARGE—wow, did we learn some things this week. We received some feedback from LL refs, coaches and media on “Blarge”. I personally have never seen it called, but now I know its on the books. Long-time rules interpreter for the LL, Mel Newcomer, explained it well to me before a game he was working. I asked him how many times he called it- “once in 42 years of reffing”. It’s good to learn new rules, but I’m hoping to not see any BLARGES the next few weeks 🙂