From the Bench-Coach Goodling: “A New Different Season”

Ed note: Coach Warren Goodling shares some thoughts “From the Bench”. Coach Goodling is retired from Hempfield HS having over 400 wins on his resume. He keeps involved by going to several games a year in the LL and York Co. leagues, and he continues to play in various leagues. He is the main color man for LL hoops during its lives-stream games. 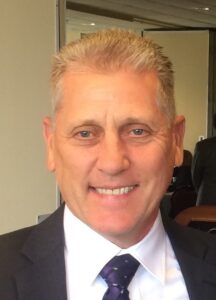 Every year when basketball season begins we just can’t believe how fast the off- season flew by. This off-season year was like never before. It had everyone wondering what the next day brings. We had new guidelines, regulations, and policies that were never experienced before. Now in late December, we have a wide variety of situations going on. First of all, not every team has even started practice. Some teams are entering January 4th with 2 scrimmages under their belt, while some teams have just four or five practices under their belt. But what we know is that all teams have been idle since December 11th. It remains to be seen how much of an advantage or disadvantage that will be. All teams must have at least ten practices before playing a game. We could possibly have games on January 8th, 2021.

Recently the LL League announced that all teams will be limited to 17 games. However now with the shutdown until January 4th, it seems unlikely that teams will be playing very few non-league games this year. However, non-league games could be scheduled from the end of the regular season to the end of the state playoffs which is March 27, 2021 assuming a team is not in the state tournament. For Sections One through 4 that means 13 league games. I know the Mid Penn and the York Area League has already determined that they will not be conducting their respective League Championship Tournaments. Hopefully the LL League will conduct their annual tournament. This is a tournament that brings a lot of excitement to the area. It is a tradition here in the LL League. Make this tournament the big event for the season since the district field and state field will likely be limited. Let’s keep our fingers crossed for the LL to conduct this tournament.

There are probably many different approaches that the coaches are using during this shutdown. Personally, if I would still be coaching I would have no idea how to do this. Our coaches this year will be able to look back and evaluate how it went for their team. But really, nobody knows right now what is the right approach.

This could be a time where the team leadership can step up. Remember leadership can never be appointed it only can emerge. When the season resumes there will be no time to deal with anything other than improving the performance of the team in a short period of time. Usually coaches expect some problems with sophomores and freshmen. Coaches expect no problems with juniors, and coaches expect that seniors help solve problems. This is especially true this year as each day is very important. Don’t take an opportunity to play basketball in the LL League lightly. It is a great experience that a player can remember for a lifetime. Let’s hope for the best and appreciate every experience in this shortened 2021 season.