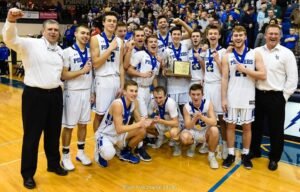 LL playoff preview- Brackets
All info gathered from LNP and LLhoops. No info is official.

Spot….coming off a stressful 3OT W vs Columbia 60-56 in the first round game of the LL’s. The Spartans have won their last 4 games In a row.

TWP ….The Streaks needed to secure wins vs Hempfield, Penn Manor and Cedar Crest down the stretch to claim a section 1 title. It was possible that  a loss in their last game could have knocked TWP out of the district tournament.

Sideline thoughts…Last season Spot knocked the Streaks out of the LL’s in a play-in game. Spot’s 1-2 punch with Nunn and Zenter will be key for the game. The Spartans use a trapping defense to create some easy baskets on run outs. TWP features all everything Tyler Crespo (TWP all time leading scorer- 52 three balls on the season). Crespo will be called upon the help break the traps that Spot will throw up at TWP. The Bigs (Vicidomini and Oldac) could be keys for TWP as they battle Andrew Zenter inside for rebounds on both ends. …

Keys...Thinking that the Streaks will remember last years early out thanks to Spot. Up and down game will help TWP….lower scoring will tilt in Spots favor. Neither team is very deep when it comes to points off of the bench.

Etown…defeated ELCO in the first round of the LL playoffs (64-48) to advance. The Bears defeated TWP earlier in the season. They are a bit scarred up with wins and losses but have a veteran crew.

LS…The Pioneers are the defending LL champs. They lost a bunch from last years team but they ripped off a 20 game win streak. Their last LL game was a 63-57 (2OT) loss to Spot.

Sidelines thoughts…Etown played a tougher schedule, but LS took on all on its schedule. The Pioneers lost to 6A power CD early and then beat them in Etown’s Holiday tournament. ..One can’t talk about Etown without mentioning the high-light maker, Larry Locker. Locker is good for 3-4 wow moments in a game (dunks, blocks, big time rebounds). ..The Bears have been building for this moment for the last 3 years as they have a veteran bunch…LS is fun to watch as well. LS features an outstanding guard in Seth Beers. Beers is a pass first guy. Quick and smart, he makes the offense run. His penetration sets up the 3 pointers that all players can hit (Broderick 49 so far)…Both teams will throw some traps out on the defensive end…

Keys for this game will be can Etown limit 3 pointers from LS…and will LS’ height limit Etown’s ability to get to the basket. 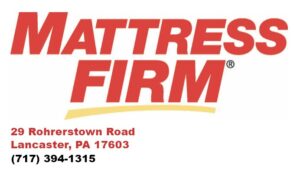 LMHS needed a win over Columbia (74-71) to clinch the first ever Section 5 LL crown. The Blazers are 5-1 in their last 6 games.

Warwick…The Warriors (as we are reminded of a LOT) defeated all Section 1 teams. They come in with a 4 game winning streak. Their last loss was to Etown 59-51 at Etown.

Sideline thoughts….LMHS features another all around guard in Eli Terry. Terry can do it all, and, just as Beers with LS, drives the Mennonite offense – he drives, slashes, dishes, pops threes and is a force on the defensive end. First year Coach Seth Buckwalter has been a constant in the LMHS program as a player, assistant coach, teacher and now the head guy. LMHS is no stranger to playoffs- they lost in the PIAA semi’s on a last second shot last season., and it seems they ar4e ALWAYS playing Trinity in the D3 playoffs for a state slot or title. ..Warwick features a balanced attack and can they shoot the there ball- Martin and Shirk over 40 each. The Warriors aren’t real tall, but every game we witnessed this season they held their own on the boards if not win it. Soph Joey McCracken is a special player for Warwick- great game sense. ..

KEYs: Both teams a bit small, so that should be a push…Warwick will take more threes than LMHS. LMHS must limit the big triple ball to keep ‘Mr. Mo’ in check as they play at Warwick.

Crest…Heartbreak city for the Falcons. Crest lost its last 3 games (PM by 2, McCaskey by 2 at the buzzer, and TWP by 1) to fall into second place tie, qualifying by virtue of a tie-breaker system by the LL (went to the last one – power points over McCaskey). The Falcons head man, Tommy Smith, has been here many times before, but it will be the first time for m oct of his players this season.

Catholic….The injury bug has hurt Catholic- bigtime. They lost 2 guards (Johnny Besecker and Denzel Kabasele) and have been trying to piece some quality minutes from younger JV players. That being said, LCHS is a constant when it comes to the LL’s (22 appearances in all and have qualified every year in this decade). The Crusaders lost close games to LS and ELCO down the stretch.

Sideline thoughts…LCHS features 2 of the LL’s “wow” guys. Caine and Kamwanga will put on a display of athleticism- running, jumping, dunking, and blocking shots. LCHS will need a strong defensive performance to advance. Coach Joe Klazas is a veteran of the LL’s and seems to come up with excellent game plans during this tournament. …Crest has the tallest team in the LL’s with Ayo-Faleye and Jason Eberhjart -6’7” . Kamwanga vs Ileri Ayo-Faleye (6’5” jns) will be fun to watch – very similar players. Crest has some issues scoring down the stretch, from both the foul line and from the perimeter.

LL semis will be played Wed…we are hoping for a double header as the LL had last year at Penn Manor. 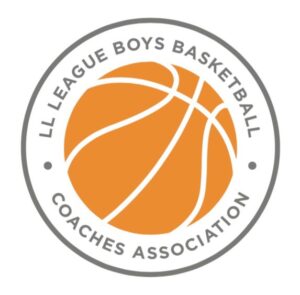 LL finals will be held at TWP on Friday Feb,15 at 7pm
LLhoops will be live streaming this game – really (well 99% sure). Special thanks to ALL LLhoops sponsors.
We can always use help with advertising. Please contact us. webmaster@llhoops.com

BTW: TWP is doing some construction, SO…there will be fewer parking spaces than usually, which will cause more traffic and headaches for fans….

Misc thoughts—from our own Eric Thomas (@ByEricThomas) using LLhoops archive page
Columbia or Lancaster Catholic would become just the sixth team to win a third title Warwick can become just the fourth to win a fourth. Catholic going for its 10 finals which would be third most and jump Hempfield for that spot The five teams that have appeared the most in the LL playoffs with the least amount of titles (Mennonite, Lampeter, Manheim, Etown, and Spot) are all in this field.

Between the 10 teams in the field, only 11 titles. 21 runner ups in this bracket Half of the field has never won the LL tournament (Spot, Etown, Elco, Manheim, Mennonite) Of the five who have, Columbia last did it in 1990, Warwick in 1988. The other three have all won a title in the last four years including the last two Catholic in ‘17 and Lampeter in ‘18

Enjoy the games! Andy and I will be out and about and re-tweeting scores from games we won’t be attending.
We are sure page views will be way up this week (25k last week). Watch for picts, videos, soundcloud interviews, live streaming and wraps.