This is it..
Final LL regular season games this week. All teams play Tuesday and TWP/Lebanon play on Wed.

Most of the LL boys bracket is filled in – the exception being Section 2. There cold be a major mess after Tuesday with the possibility of a 4 way tie. However, it seems more likely that the third slot will be determined by games involving Etown and Spot.

Etown travels to Donegal. If Etown wins, they will be the third place finisher- assuming Spot wins as well. This will be based on Etown defeated Spot 2 times.

If Etown losses and Spot wins, then the Spartans would claim the 3rd slot out right.

If both Spot and Etown lose, then Cocalico and MCentral could enter the picture. The Eagles play LS and MCentral has Ephrata. Losses by Etown and Spot and a W by either MC or Cocalico would take us to the mini bracket scenario. As there are a lot of combo’s to be looked at, we will wait until Tuesday evening to interpret the results.

Some would say Section 3 third place is to be determined. Lancaster Mennonite plays at Lancaster Catholic Tuesday. Catholic beat LMHS by a slim margin earlier. Northern Lebanon travels to Lebanon County foe, ELCO. ELCO’s young gun-slingers are on a roll and are scratching and clawing their way to a District 3 berth. LMHS is one game up on NL.

IF LMHS loses, and NL wins, then we would go to tie-breakers. Head to head= split. Wins vs section champ= none, power points? –well, LMHS has a large lead going into the games Tuesday. We won’t know till the results of Tuesdays games are posted on the D3 website, but the lead currently is very large statistically. Either way, both teams have qualified for the LL’s.

For some teams, districts start this week. All championship games are played at Giant Center in Hershey. Due to a conflict with Hershey entertainment (concert), most semis will be played at neutral sites. In the future, we might be headed for ALL rounds played at the higher seeds except for finals. First and some second round games are like that now.

District games will begin, for most classes, Feb. 19. All game this week count towards power points. We were told that any playoff games would NOT count- LL playin game. Interesting that power points are a tiebreaker but the final points wont be out till next week…but if there is a gap, it should be not be a problem. The problem would occur if 2 teams are very close and their opponents are playing AFTER the playin date.

#Eaglesllhoops…
Last call for Eagle picts by our followers this weekend. If you send us a pict. of Eagle garb or food spreads, we will post in a photo gallery. We’ll even post Patriots stuff…eeeech.

LLhoops site info.
Last week, llhoops past the 100k mark for page views. Usually as playoffs hit, we get more folks from outside the LL/Berks hit the site. Twitter followers continue to grow for all our staff- Andy, Bruce, Jon, Mark and Kirk.

Last week at each game I attended, I had at least one or 2 fans talk with me about the site -always positive. AT LMHS I had a parent complain about lack of coverage by media. I gave him my card and said “check it out tonight”- photo gallery and wrap.

Last week, I saw 5 games, Andy covered 2 games and Bruce was out to 3 games in Berks Co….and Jon k? = several 🙂 Please remember that wraps are archived so you can just type in the name of the team and see what we have on the site. Our content is being updated constantly. If someone wants a photo of Dell’s galleries, please email.

Comments: remember that the staff gets to preview ALL comments. We will seldom comment on “why is this team ranked? “. We have received a few comments that help us produce a better product and appreciate them greatly. We will not get into “hater” tweets – refs, teams, fan bases etc.

Photos: remember when Dell shoots, its amateur hour. When our pros (Kirk and Mark) shoot, its GREAT 🙂

Wraps/soundcloud/videos…mixed reviews here: Some say they never listen to audio..other say its great. ..same for the written word… the thought with the staff is keeping trying out things and see the results.

Video’s on periscope. Some turn out great and others very pixeled. Video of Tyler Crespo’s 1000 point was over 3k hits the last we checked. Video on the phone cam and then posted to twitter turns out much better for quality. I try to get some game shots in during the game I’m covering.

Coaches…sometimes I get to chat with LL coaches before and after games. The coaches have been sooooo good to us. I can’t thank them enough for input and sharing of their time. All of the coaches work hard – regardless of the W/L record. I know that we get some scores directly form coaches/scorekeepers.

Players…for some of our players, this will be the last time they put on a uniform. Few will remember their stats and W/L records as time passes (even LLhoops does not keep that) but playing the game and being on a team, will be memories that last and can be related to in their lives as the grow older – heck one might even be media for LLhoops in the future!

Advertisers—can’t say enough about the folks who help us out. If you are in the market for new uniforms for teams, please check out H&L sports. “O” is a great guy. I’ve been a customer of his business for over 30 yrs. The quality and service is outstanding. He makes great staff shirts too 🙂  I also have a few passes left for Iron Valley Tubing!

LL girls….we are still looking for a writer to help us with the LL girls side of things. Email us at webmaster@llhoops.com. The pay ain’t great, but you might get a cool llhoops staff shirt 🙂 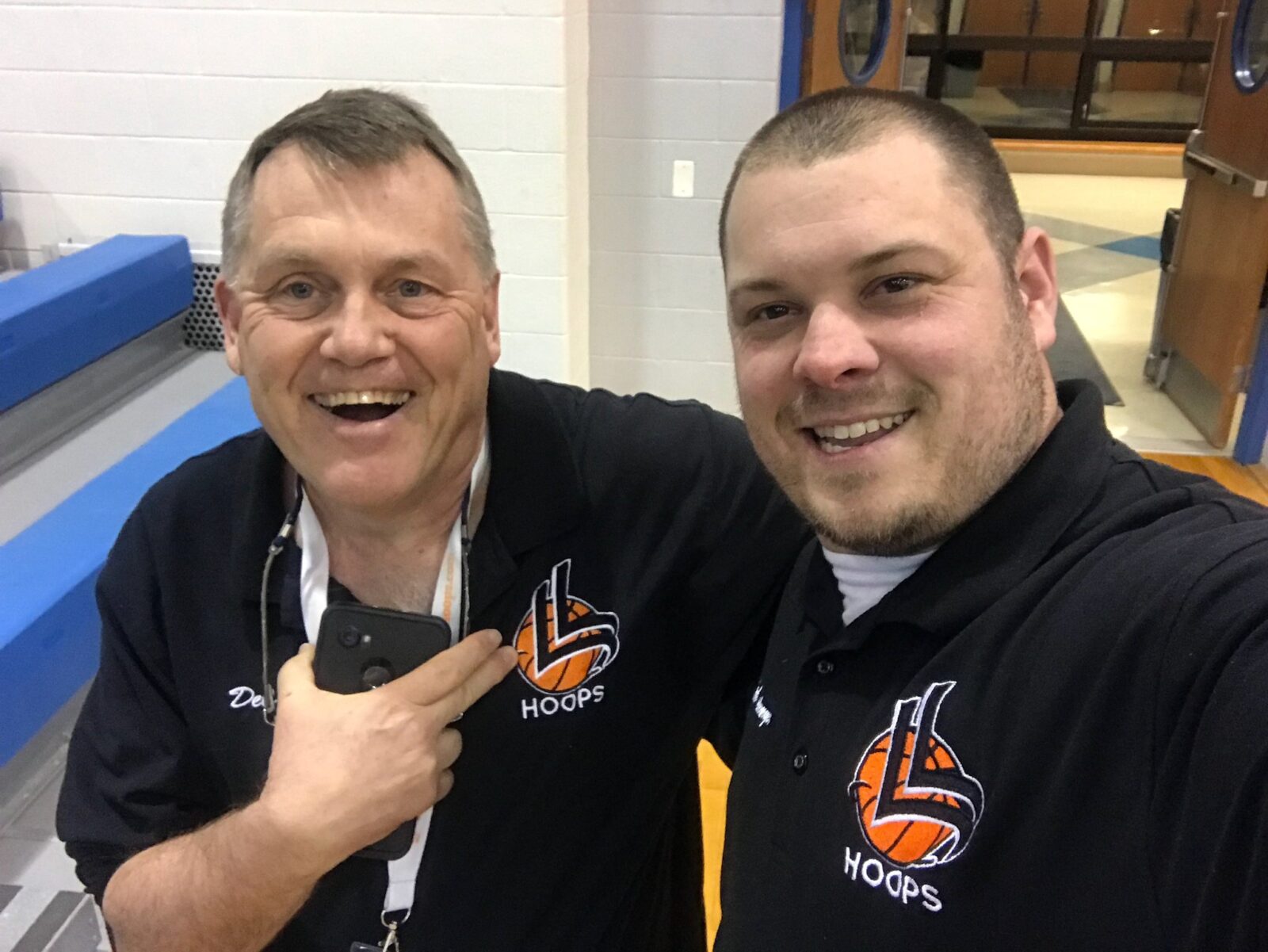 Coverage..should be more concentrated during the playoffs. Andy and I will be out and about. Bruce B will have his video magic going on the Berks Co. playoffs. We are hoping to have some picts, videos, and wraps of games in the future- some double and perhaps triple teams of games.

Enjoy the last week of regular season games and the beginning of the playoff season.