District 2 Girls 5A and Boys 6A Championship Recaps

WILKES-BARRE – The District II Championship weekend came to an end Saturday night with a AAAAA Girls’ matchup, between Abington Heights and Dallas, and a AAAAAA Boys’ Subregional matchup, between Scranton and Williamsport. Three other district titles were handed out earlier in the day, to Old Forge (Boys AA), Riverside (Girls AAA), and Scranton Prep (Boys AAAA).

Top-seeded Abington Heights and second-seeded Dallas got things started in the evening games with an opening half that saw both teams taking control at time, but neither were to hold the lead as they went into the halftime break.

The Lady Comets came out of the gate firing as they used a 6-0 and 7-0 run in the opening period to take a 19-10 lead into the second stanza.

Two early triples from Rachel McDonald, early in the second frame, would give Abington a 13-point lead.  The Lady Mountaineers would buckle down on defense as they came up with six steals and held the Comets to one field-goal, another McDonald triple, over the remainder of the second quarter.  During the stretch the Mounts outscored the Comets 16-3, capped by a steal from Nadia Evanosky and finish from Bella Hill before the buzzer, to tie the game at 28 heading into halftime.

Coming out of the break AH flipped the script back in their favor as Clair Marion and Allison Dammer combined for 18 of the Comet’s 21 points in the third period.  Abington maintained the pace of the game throughout the period consistently trading two buckets as AH outscored Dallas 21-16 in the period.

Although the Lady Comets would only convert one field-goal in the final period, they were able to maintain their lead and secure the 63-58 championship victory.  After shooting a modest 2-6 from the foul line in the first half, they found some success in the fourth period as they went into the one-and-one bonus with 5:49 left in the game and the double-bonus less than two minutes later.  AH shot 69% from the charity stripe, and although not stellar, it was enough to hold off the Lady Mounts second half comeback bid.  Dallas was able to cut the lead to four points, but were never able to turn the contest into a one possession game.

The Lady Comets were led by Clair Marion with 22 points and four steals.  Rachael McDonald added 15 points, off four triples.

Bella Hill led the Lady Mountaineers with 20 points on the night.

With the District 2 title Abington Heights advances to the PIAA 5A Quarter-finals and will face the District 1 Champion next Saturday, March 20th.

The 3-day Championship event at Mohegan Sun Arena was capped off with the District 2/4 Subregional Championship game between Scranton, of District II, and Williamsport, of District IV.  The Knights rode a 21-point third period onto their 48-39 district win.

The Millionaires jumped out quickly via a 9-1 run in the middle of the first period, but back-to-back triples from Kevin Lazdowsky ended the period tying the game tied at 9.

The second stanza was very similar as Williamsport used another run, 7-0, but Scranton quickly responded with an 8-0 run of their own to take a one-point advantage.

The Scranton lead appeared that it would hold until halftime but James Evans-McQuay pulled off an incredible, highlight-worthy reverse-layup putback, off a Kenon Brown miss, that gave the Millionaires the advantage as both teams went into the tunnels at the half.

After a low-scoring opening half, Jason Shields and Kevin Lazdowsky caught fire in the third stanza, combining for 18 of Scranton’s 21 points in the quarter, as they retook and built a double-digit lead for the Knights.  Shields scored the Knight’s first six points of the half followed by a triple from Arvel Chandler that gave Scranton their decisive lead.  It was now Lazdowsky’s turn to control the game as he outscored Williamsport 12-2 over the final minutes of the third period.  A bucket from Evans-McQuay at the end of the quarter would signal the end of Lazdowsky’s dominance, but Scranton would still take a 38-29 lead into the final eight minutes of the game.

Throughout the final period Williamsport became visibly frustrated as they failed to make a significant cut into the deficit.  The Millionaires would go scoreless over the last 90 seconds as Scranton finished their district championship victory.

Jason Shields led the Knights with a 20-point performance and Kevin Lazdowsky added 19 points with eight rebounds in Scranton’s victory.  The remainder of Scranton’s team combined for 19 points on the night.

With the victory Scranton travels to Berks Catholic High School, on Saturday, to face the District 3 champion Reading Knights in the PIAA 6A Quarterfinals. 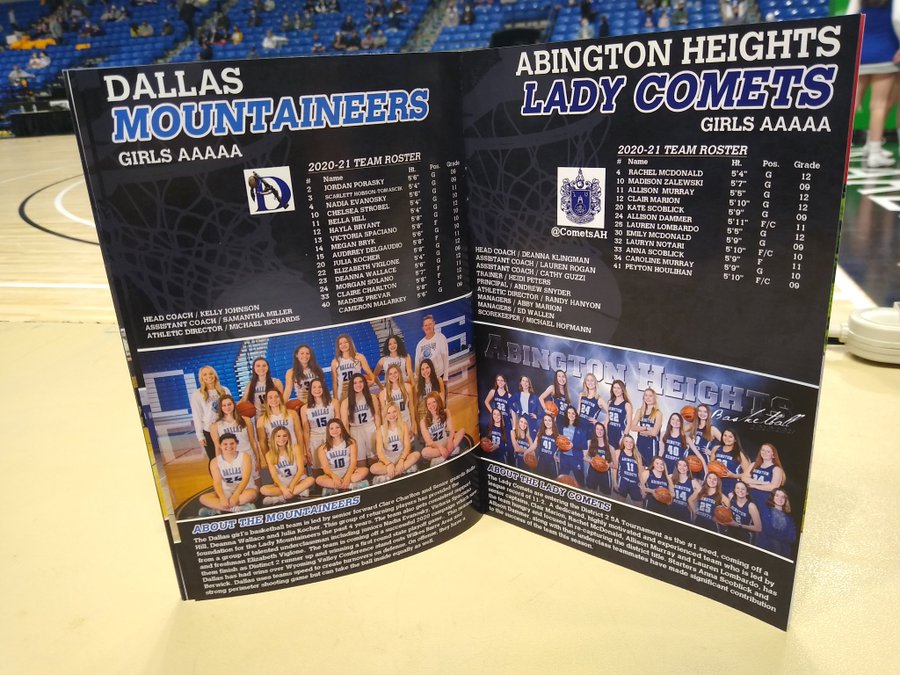 Dammer fights for the rebound. pic.twitter.com/8xBdWMCur4 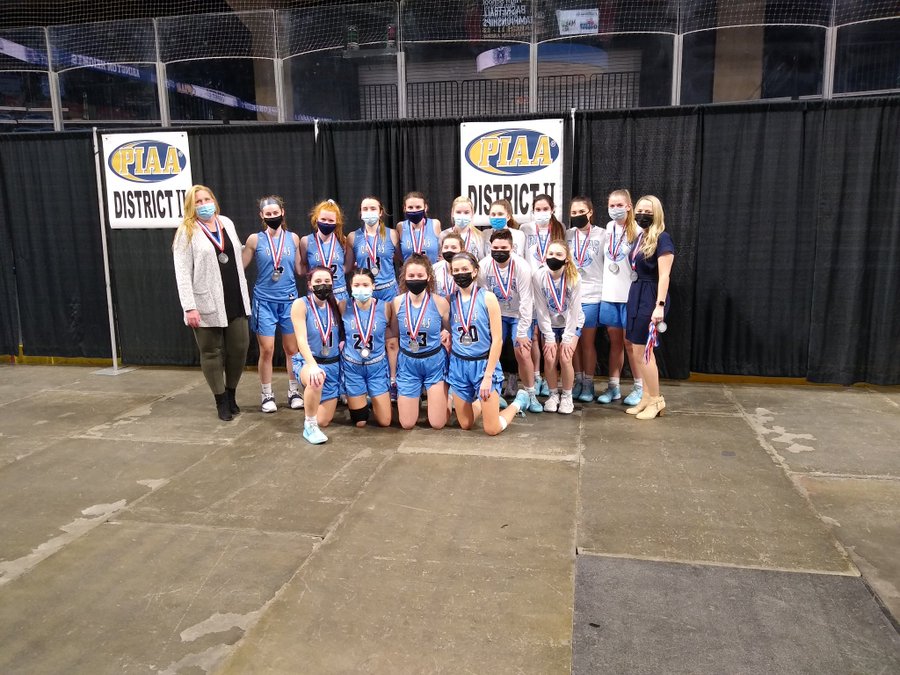 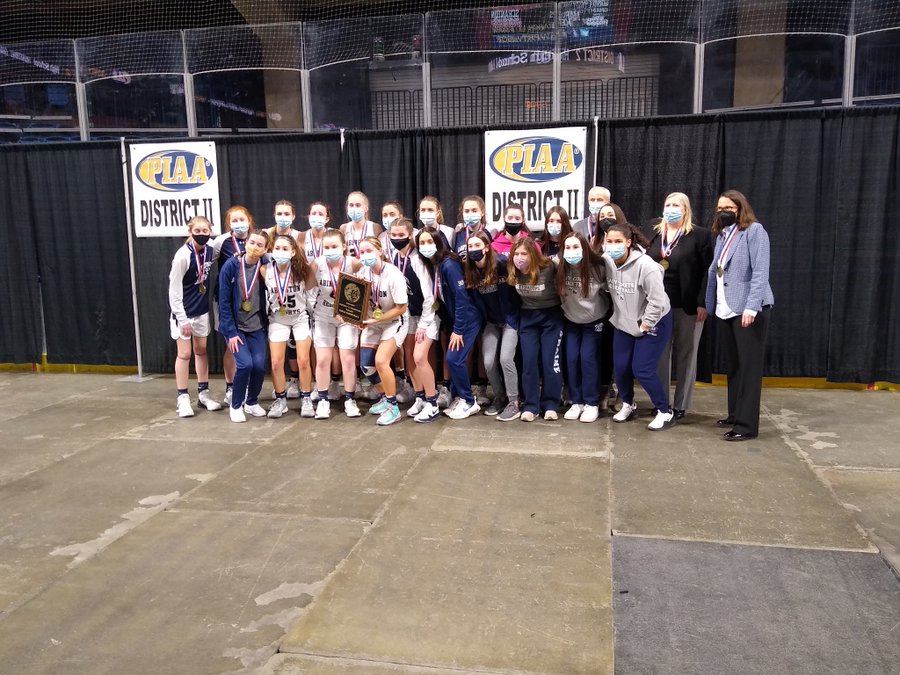 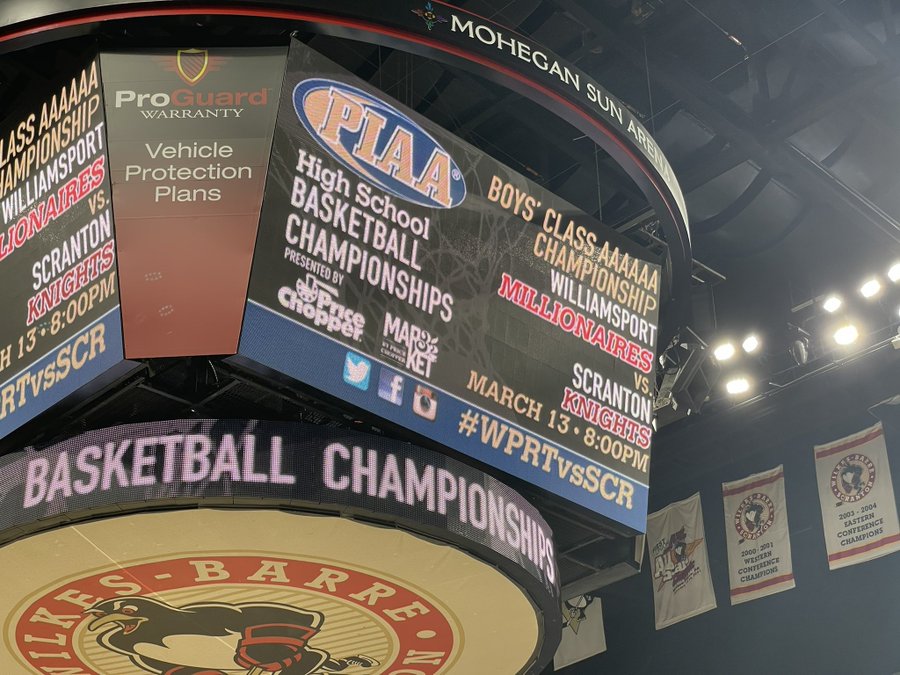 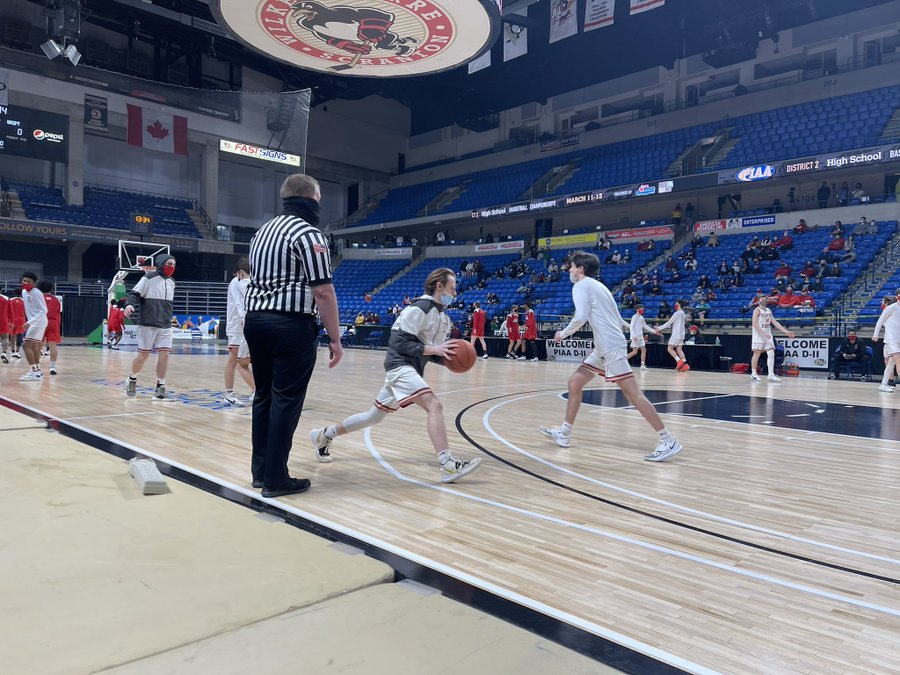 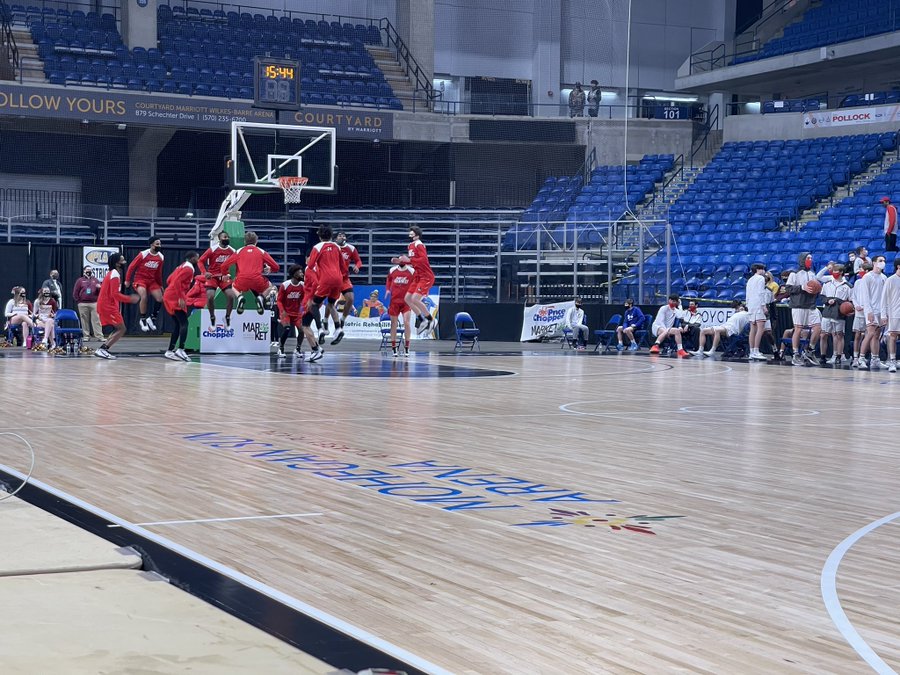 Here is James Evans-McQuay’s highlight reverse-layup, tip-in to beat the halftime buzzer from last night.
I couldn’t even pull this off on 2K. Evans-McQuay displayed an incredible amount of court awareness and determination to play through the buzzer. https://t.co/VrigxQR99l pic.twitter.com/XVLowDFGYm 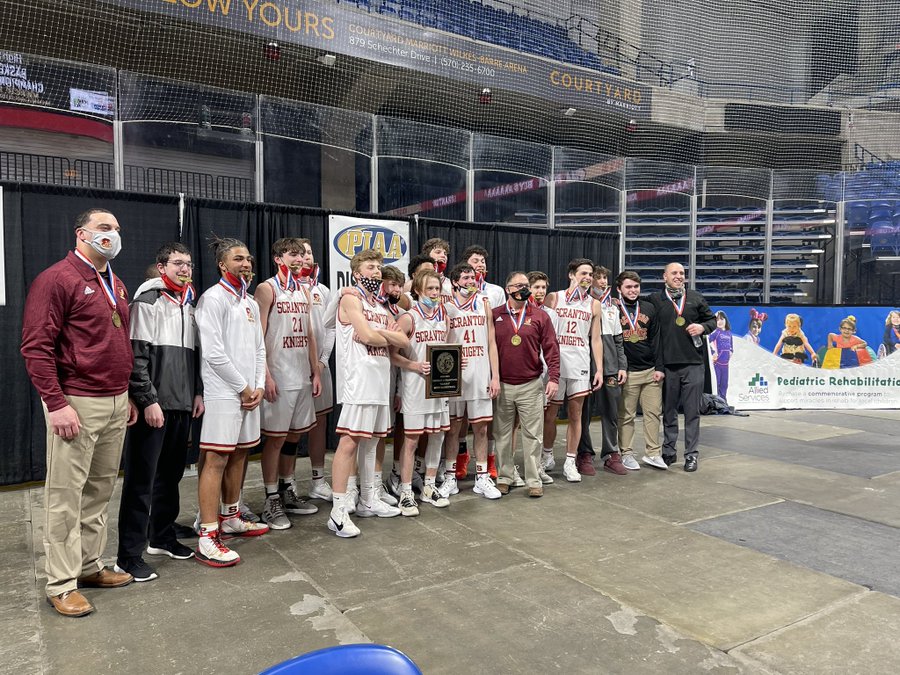