LL standings
With 4-5 games to go, most sections are shaping up for slotting in the LL playoffs.

The playin date has been set for Feb 8 or 9th– depending on weather and make-ups. This year the teams playing on the boys’ side will be Sec 1 third place vs. Sec 2 third place. Its difficult to predict who will be there for either section, although Section 1 third place could come down to Crest/TWP. Section 2 is a royal mess. (M Central, Spot, and Ephrata appear to be battling for 2 slots: Donegal and Cocalico need to put together a string of W’s in their last games to push into the conversation.)

Remember that each Section gets 3 slots in the LL’s. There will be multiple tiebreakers to calculate non-section winners. IF there is a tie for first place, that/those games will be played. Check out the tiebreakers HERE.

Section 1
Hempfield continues to be the top team. The Knights have been living on the edge as they fall behind in many games; only to come back and eke out a W. Case in point was their game with TWP on Jan 23rd. The Knights were down by 12 in the last quarter and rallied for a 3-point win – scoring an unreal 35 points in the 4th quarter. LLhoops spoke with Coach Walck after the game for his thoughts. He usually has little voice left after a game, and this was no exception.

Crest lost a close game at home to McCaskey 55-54 Jan 18th. The Falcons are 1 game back of Hempfield and play the Knights on Jan 30th at Hempfield. Crest travels to TWP this Friday for a big game that will help determine placement for the LL’s.

TWP– heartbreak city for the Streaks vs. Hempfield earlier this week. Section 1 hoops will provide the Steaks another chance to improve their lot vs. Crest. This team has come back from tough losses before (after last Hempfield game they beat Crest at Crest). TWP has a tough 1 -2 punch with their guards – Tyler Crespo and Brendan Mellot.

Sec2
LS is dominating this section. After a close loss to Etown on Dec. 18th, the Pioneers have ripped off 13 straight W’s. and, get this, by an average of 19 point spread per game. LS is taking care of business, while enjoying the other Section 2 teams smack each other around.

Next up? Manheim Central, Ephrata, and Spot. Basically, these teams are battling for 2 slots. LLhoops will cover this section race in the next few weeks.

Sec3
Lancaster Catholic and the rest: The Crusaders survived a scare at LMHS, but otherwise have been handling every team they come up against. Lancaster Cath. racked up a nice win vs. Bishop McDevitt 61-49 on 1/22/18. I have seen LCHS a few times this year and really like their D.

Northern Lebanon continues to hold on to the second slot in this section. The Vikes feature the high scoring guard combo of Caleb Light (18 ppg) and Alex Yeager (16 ppg). NL plays Lanc. Cath. at home and travels to LMHS down the stretch. Probably not a surprise to NL fans/players/coaches, but the Vikings have to be considered the surprise team in the LL this season.

LLhoops got some quotes from Coach Chris George:

“Our slogan for the season is “United We Play”. The other night at Annville we had a season high 15 assists on 21 shots, 70+% is awesome…. That’s huge for us… our kids aren’t selfish, but they’ve grown so much in terms of seeing the floor and how to make each other better, and getting each other good looks. We aren’t winning a section title or making any noise in leagues or districts if we don’t play together.

Things are going fairly well for us; it’s been a grind though for sure. This week is the first time we’ve have our whole team healthy all season together. Michigan Cam and Yeager have all missed many games due to injuries, so it’s been a struggle at times, even now, figuring out new roles. But the kids have really stepped up. Folmer, Trader, Bowers, and Hubbard have been unsung heroes for us, doing all the dirty work, of course Cam, Caleb, and Alex have been leaned on heavily to shoulder much of the scoring. It’s exciting for the kids to finally start hitting some of the goals we identified 2 years ago when I arrived here. It’s been an awesome process thus far, and it’s taken a lot of help from the kids, parents, community, and of course, my staff that does an awesome job, year round! “

Lancaster Mennonite has dropped 2 LL games: OT to Lanc Cath and a 1-point loss to NL. Coach Groff quietly has LMHS prepped for another D3 run. LMHS continues to improve. The Blazers are not real big as far as height goes, but get after it on the defensive end and love to run. They are led by John Gillespie (12 ppg) and Carter Hurst (12ppg).

District 3
The LL has a bunch of teams listed in the D3 power points page. We are very impressed with the site as scores are posted quickly. Here’s the site.

We will do more breakdown on the Districts in the next few weeks.

LLhoops news:
We continue to do some post game interviews with coaches. We are averaging about 100 plays per interview on soundcloud.

Andy Herr completed the LL tour last week. He saw EVERY LL team play at least one time for the 4th season in a row. Congrats to him.

Bruce Badgley continues his berks beat videos. He is introducing replay locker at various games he attends. This is ground breaking technology that he used for football. Basically, fans at the game can use their phones for replays on his video shots.

Thanks to Mark22 for some GREAT game shots the last few weeks.

Jon K is leading the pack as far as number of hits per week for LLhoops.com. He has a great following in the NEast.

Breaking records: Last week, llhoops set records for twitter impressions and hits on the website on the same day. Thanks to all our followers. I’m thinking come playoff time, we’ll being seeing more and more followers.

Advertisers: If anyone wants to join us, please email.

LL trivia
Last week: Trivia #4
Who is the all time leading scorer for the LL?
Mike Wisler, Columbia : 2837..and Columbia had a 100 year celebration this week!

Trivia #5
How many times has Northern Lebanon appeared in the LL playoffs since 2010?

This and that:
How neat is it to see a ex-District 3 player light it up on a national stage? Lonnie Walker IV 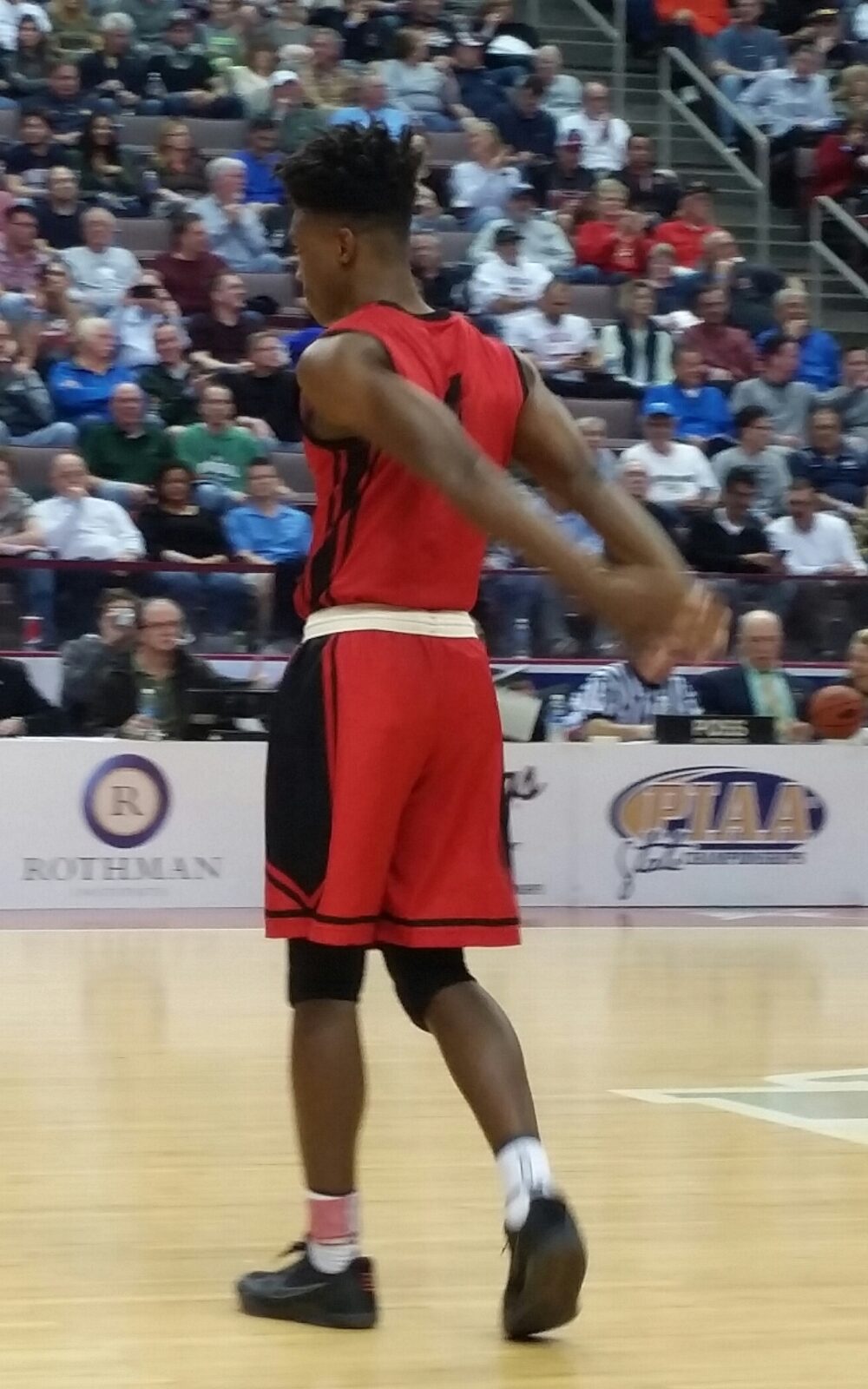 had Dickie V’s attention Jan 24, 2018. The connection LLhoops.com made with Coach P of Reading led Andy and Dell to court-side of the PIAA finals last year. 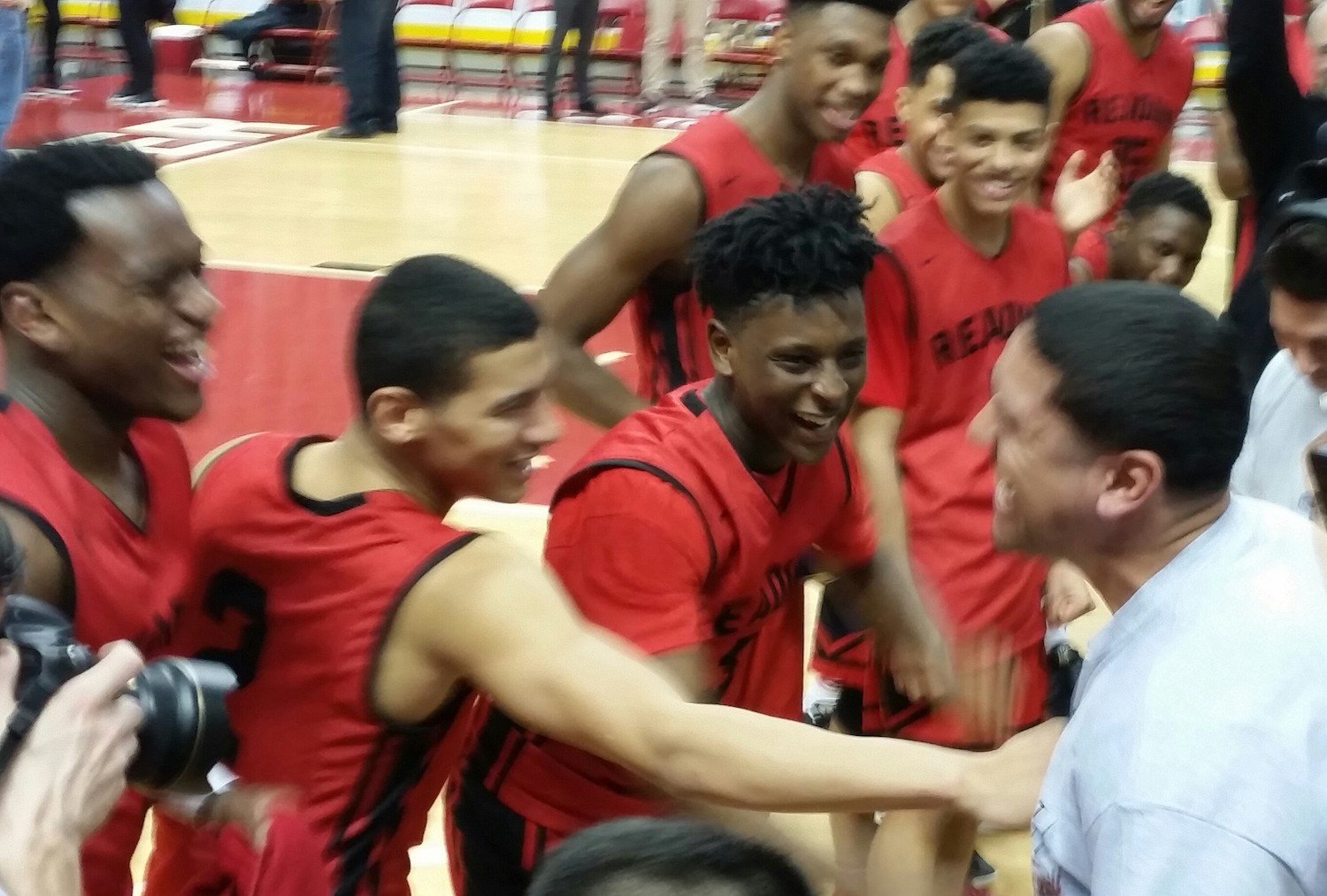 We have been having some fun handing out LLhoops lanyards to student section twitter handles. Always good meeting tomorrows leaders. …and getting some love as we give out some passes for Iron Valley Tubing. 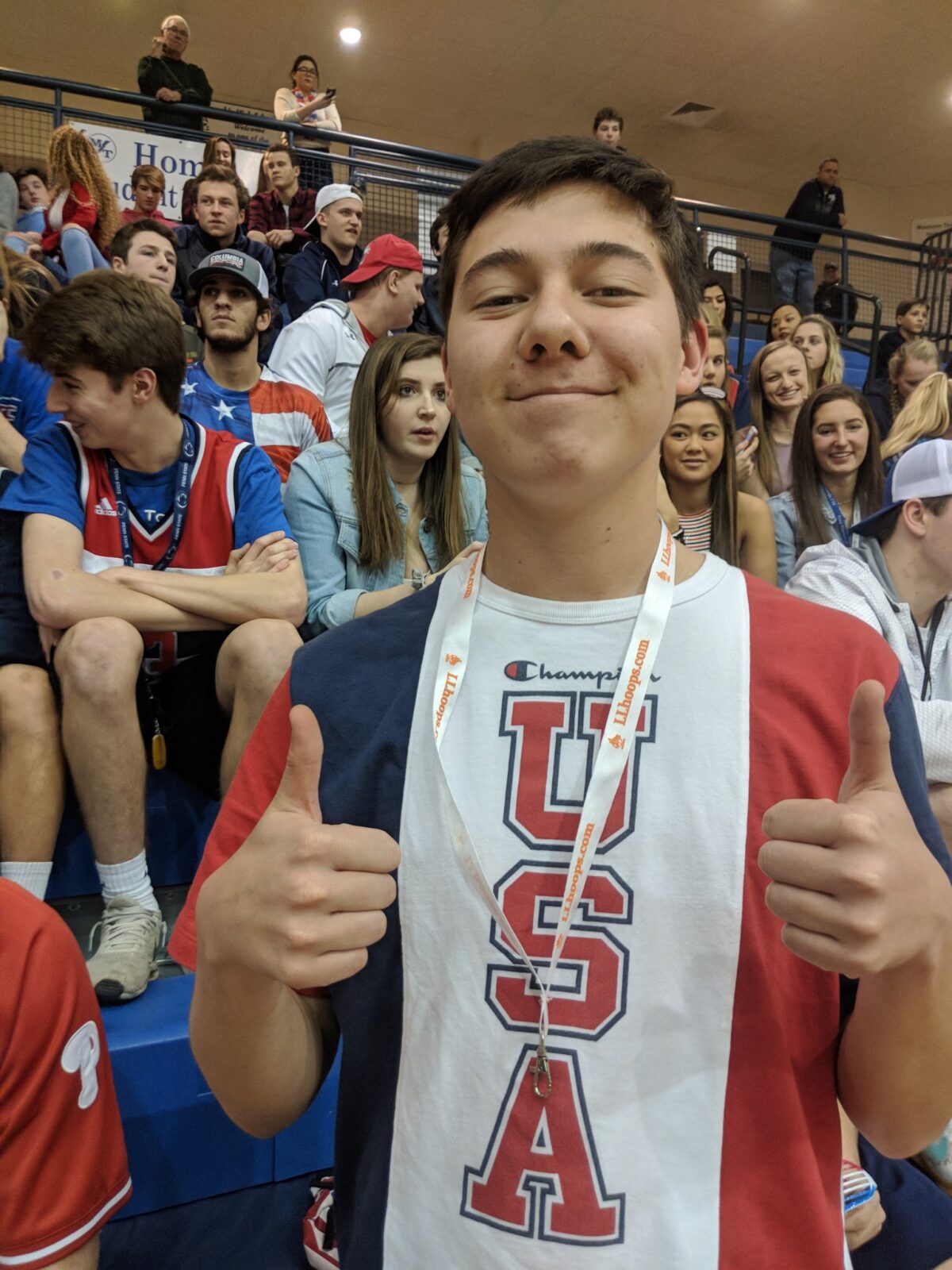 Small world…I gave out a pass at TWP last week. The recipient was Steve Taylor, ex-PM star. ..that same night our friend at LNP, John Walk, snapped a pict. and posted it to his twitter handle – only to be repeated and replied to by an ex-student and current teacher, Alissa Bradfield: @Bradfield_Etown .

LNP’s John Walk is doing some video on game nights, post game and a weekly video with Jeff Rienhart on the LL. I enjoy his weekly features a LOT. The LL is lucky to still have a media outlet that is covering/posting/featuring hoops on their site. We use the site to check out standings/schedules/scores.

Tick tock…
That my friends is the playoff clock!

Enjoy some hoops the next few weeks!