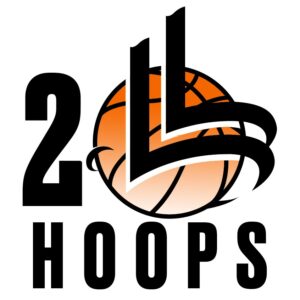 On a cold rainy night with a 6 pm start and stands that were not as full as usual, one would expect a low-scoring , cold shooting game. Well, not sure about the cold shooting, but the low-scoring game was checked off. Both teams were running wide open motion sets and neither was in a hurry to shot it up. the defense for both teams featured in the paint, no drives, which gave both teams an opportunity to shot the 3-ball.

The second frame was a mirror of the first. With the score 18-17 LD, the Falcons went on a 7-0 run which would prove crucial in the game. I say crucial because the Knights would never take the lead for the rest of the game. Josh Gardner, a quick and talented JN about 5’11”ish, popped a three and followed it up with a dime to Kevin Perales. Hempfield scored the last bucket at the 40-second mark via another 3 ball by Axe. Hempfield scored 18 of its 20 on the three variety for the half. 25-20 LD at the break.

Another mini-run by Lower Dauphin put the Falcons up 33-22 in the middle of the third. The run featured 2 three-balls and a sweet reverse by LD’s big man Caleb Gibbs. Hempfield’s Ryan Hilton made a bucket on a drive to pull the Knights to 35-28 at the end of 3.

The Knights had to chase the entire 4th quarter, which is tough to do on the big floor at Hempofield. They employed multiple traps with a 3-2 half court being the most effective. LD made some plays, stretched the floor, and held on at the end. A quirky stat occurred in the 4th as LD got its first rebound under the minute mark and finished with 2 in the 4th quarter: 1) they were not taking a lot of shots 2) Hempfield scored multiple times on drives. LD’s Head Coach, Rick Attivo, could be heard across the floor imploring his players not to foul—but they did 🙂 Love it when the coach is blamed for not coaching…not the case here.

Sidelines….Boy/Girl double header at Hempfield. Boys were first tonight. Hempfield student fans told me that there would a lot more in the stands next week…Hempfield provided rosters at the entrance – very nice….Connectivity is tough at Hempfield…. Doug Kraft helped with the scores until I got connected to twitter. However, without the twitter responsibilites, I did a much better job with stats and a write-up- at least I think so :)…Had a nice chat with Coach Christenson of Warwick – said he loved the live-stream of TWP/Warwick game from Friday night. …Hempfield is 2-3 overall 1-0 in LL play. The Knights play Warwick Monday at Hempfield.