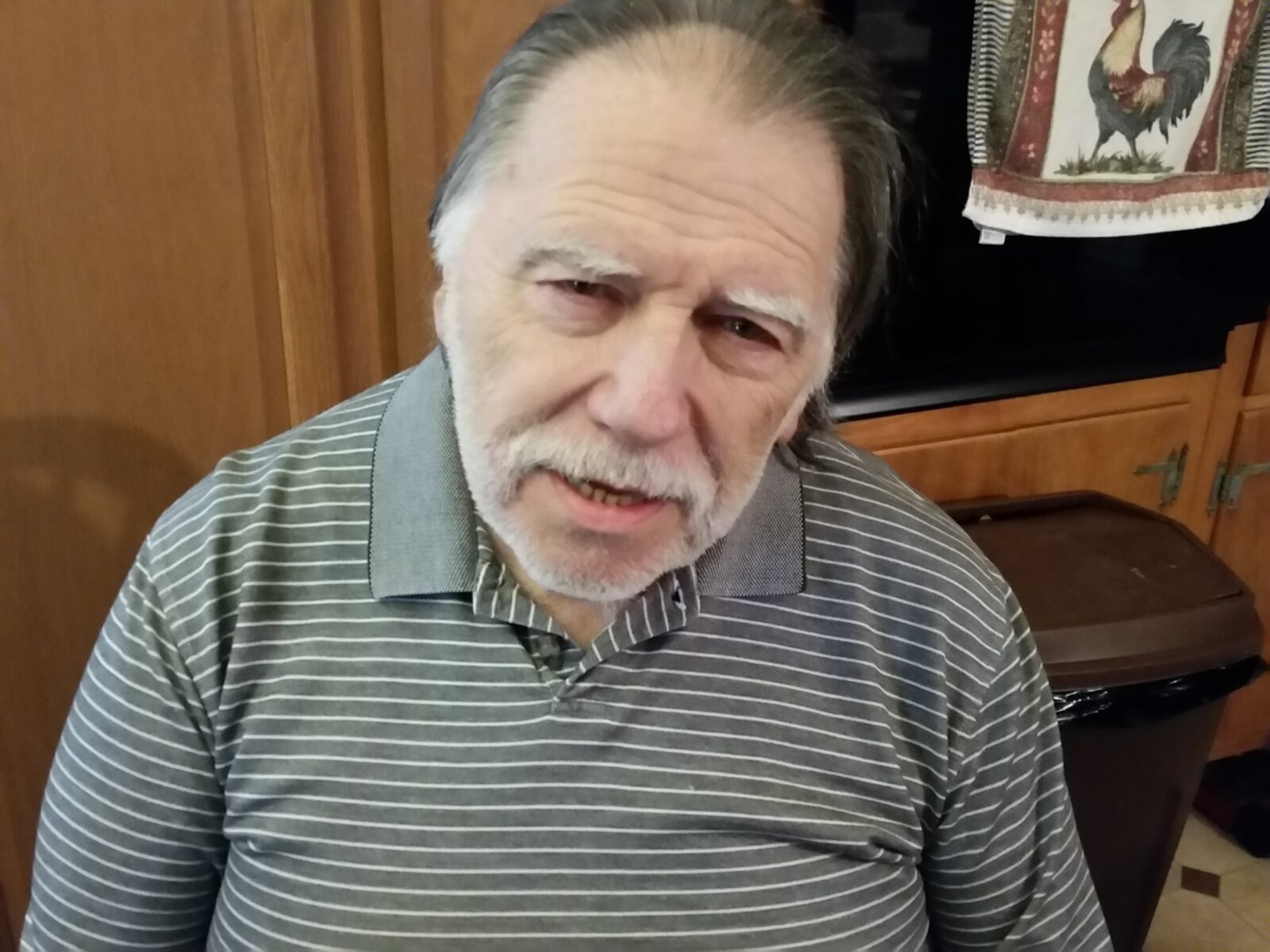 I have been conflicted, saddened, and duty bound about writing in past tense about Jerry Shenk.

I dubbed Jerry – “the Guru of PA HS boys basketball”.

Jerry created a newsletter and rankings – The Middle Atlantic Sporting News before anyone else was thinking about rankings. I wish I could tell you the exact dates, but I do not know. I do know he contacted me in the late 80’s when I was Penn Manor’s coach. Perhaps he was selling me a subscription (I did), but we always talked at least once a year on HS hoops. He would get newspapers from York, Reading, Harrisburg and Lancaster to keep up with his rankings and standings. He complied everything. I could ask him about a year and who won this and that, and he would check his binders on teams, years, districts, and states. Donyell Marshal, of Reading HS, helped with supporting the newsletter after he got to the NBA.

Jerry helped compile the District 3 and PIAA boys basketball records. LLhoops used to try to keep up with the history of the District using Jerry as a source, but the folks at the district level finally used his work to incorporate into their site/programs. Anywhere you see old records, think of Jerry as he probably had a huge part in the stats.

As things began to change for his newsletter – and folks starting to get involved in the internet- Jerry helped LLhoops.com with rankings. He would rank District 3 teams and for a few years did state rankings. His ranking system included all classes and public and private schools. The Pittsburgh Post picked up his state rankings for a few years.

Jerry also compiled Mid Penn records for the old Central Penn. He wrote a booklet and sold it (I have a copy somewhere- but could not find it L). If anyone has a copy and wants to sell it to LLhoops…J

On the old llhoops.com site, we had pre 1972 LL records (coaches, scoring etc). While I was an assistant at PM a few years back, we had a player (Marc Summy) put up 48 in a game. A few asked me about the 50 pt. games in the LL, and Jerry had the list for me!

We finally had Jerry post his on info. In the last 2 years on llhoops. In the past he would send me his updated lists very late on Sunday night- like 2 am Monday morning. I was glad he could post when he wanted as working at 7 am and making sure I had the postings up by that day made things a bit challenging. Jerry was also very active in hoops bulletin boards as a moderator and contributor.

The last time I visited Jerry was this past spring. He called me up to help him with his telephone. After a few calls to the phone company, we got things straightened out. I was more than happy to help Jerry.

He was a fixture at High School games for many years. Although sometimes the mainstream media had some issues with him at the games, he came to be a respected source of info as acceptance of online media took effect. He would cover districts games like no other. The last few years, Jerry did not get around as well, but would get to a few games: he would ask me to get him a table for games (PM always helped us with the tables). At LS he would get in the box using the elevator. The LLhoops.com staff shirts he wore made him happy for sure- his payment for all the years of service to our site:)

The last few years, Jerry has been hooked on checking out HS games online – streaming, replays, summations. Last year he told me he watched over 400 games on his bigger screen computer at his house…and wondered why our area did not do this? …again he was thinking ahead. With some new NCAA rules involving dead times, streaming of AAU tournament games will take front and center stage (if a coach can’t be there in person, he can tell recruit he was watching him on the net).

Jerry told me a story about Readings legendary Coach, Jim Gano. He told me what impressed Jerry is that Coach Gano would take notes on the Jv players (the opponents) while he was talking to Jerry before the games. Coach Gano said he was looking for tendencies (one wonders what Coach would do with tapes available today 🙂

Longtime hoops historian, City of Basketball Love, and organizer for PA ALL-State teams, Mike Bullock (@thebullp_n), stated this in a tweet earlier:
“RIP, Jerry. You’ve got the best seat in the house now.”

“While I didn’t know Jerry at all when I first started covering high school basketball, I soon learned of his vast reputation — and, of course, his rankings.

Once I started working on state-wide rankings for PennLive and then for City of Basketball Love, I’d always take a peek at Jerry’s listings just to see if I was in the ballpark with him. Especially since I know of several guys in the business who regularly made use of his stuff.

Eventually, once I introduced myself to Jerry at Giant Center, we used to spend all sorts of time talking about different teams and the difficulty both of us would encounter trying to find oft-elusive and unreported results. Sometimes we’d commiserate together, but other times we’d laugh because he was just as determined as I was to be spot-on with the records we used to supplement our rankings packages.

Bottom line is he and I, despite the generational difference, became kindred spirits.

Now that he has the best seat in the house to watch Pennsylvania hoops, I definitely will miss him because he was always so terrific to me and quick to share information that I might have been unable to locate. I won’t be the only one in this business who misses him, because there are plenty of others out there who valued his work along with his tireless dedication to his work. Thanks Jerry, for everything.”

Dave Burman (@BurmanDave)– Radio/TV sports broadcaster and sports historian.
“One of the greatest of all-time!! Had many, many, many long high school basketball chats over the last 4 decades!!!”

Paul Blackburn (@P_Blackburn43)– Head Coach at Hershey HS
“RIP Jerry. Met him in the mid-80’s when he covered our Carlisle teams. Always kept in touch with him throughout my coaching career to talk hoops. Had a great passion for HS basketball and covered it thoroughly. He will be missed.”

“Jerry would see things with his own eyes, others took others words on teams. He saw for himself most of the time…I knew it was a special game when Jerry was in the gym”

Jerry’s rankings sometimes leaned towards Reading High and LS.:) Hard to argue with Reading ..and LS, well, the LS grad always had a soft spot for the Pioneers….

Ex-Pioneer boss, John Achille…“Jerry is a GREAT person.  When I got the head job at L-S many years ago, Jerry attended one of our games and came up and introduced himself to me (I did not know him at all), he remembered me from my playing days at Erie Cathedral Prep.  He recalled us winning the AAA State Championship in 1980 vs. Allentown Central Catholic.  He was just a SINCERE person.  He attended many L-S games during my tenure and I always looked forward to speaking with him.  He CARED about people.  He would always ask about how my family and how my boys were doing.  He will be missed!”

“Lampeter-Strasburg 50 Lancaster Catholic 40 – This one was special to me. Way back in the early 1950’s there was no Lampeter-Strasburg. There was a West Lampeter HS, a Strasburg HS, that burned down in 1942 and was never rebuilt. I lived in Strasburg Township and all we had were 10 one room school houses that only went to eighth grade if you wanted to go farther there were three high schools that bordered Strasburg, including West Lampeter. In 1953 the three-school district’s merged to become Lampeter-Strasburg. When I was in fifth grade at Walnut Run, I started to read the AP story every Monday in the paper that would give a rundown of the whole state and started to follow high school basketball throughout the state three years before I ever knew I would be going to Lampeter-Strasburg. In September of 1956 the doors of L-S were to open but it was not ready so they put us all in West Lampeter High until L-S was ready in October. The new high school was to be 7th to 12th grade but West Lampeter did not have enough room so for that month and a half, some of us went to school from 8 to noon and the other half went from noon to 4 pm. That was nice.”

Bottom line: Jerry was a High School Hoops junkie. The time he dedicated to the sport was legendary. His knowledge of the history of the sport will be sorely missed. His help with LLhoops.com was key to helping us start and progress with the site, rankings, and acceptance as a legit source of information for the LL, District 3, and the PIAA.