Most teams got started this weekend. Big tourney wins by Donegal, Crest, TWP, Lancaster Cath., Spot and AC. Congrats to getting off to fantastic starts. Splits include Penn Manor, CV, LMHS, Northern Lebanon, Lebanon, Columbia, PV, Ephrata, and Etown.   Warwick championship game at Octorara was ppd due to weather as was Leb. Catholic’s first game. Make-up dates for these games TBD.

LLhoops was at Lancaster Catholic this weekend – subbing for the veteran scorekeeper Joe Herman on the score-book for Penn Manor. Let’s just say it’s a good thing that we use pencils on the score-book. Lots of scratch but the good thing is when calling in scores to LNP they using typed words. Lancaster Catholic’s admin. (Rich Hinnenkamp @LCHS1022) was great to work with, the crowd was awesome (@CrusaderCrazy), seeing old friends (Tony Arcudi (sp?) and our go-to guy for Lanc. Cath. scores – Micheal Rudy @Rudedogg23) and the teams played hard. I learned a new PIAA rule this weekend (the refs can give a warning to a coach for….???), and we saw it implemented as Penn Manor’s JV Coach Bill Southward (ex head coach of Lancaster Cath.) got a warning this weekend. In typical Bill-speak, “I’ve never been warned before” = priceless! I spent 10 minutes trying to find a math-adding mistake when dealing with the newspaper. Two sets of numbers added up but a third did not—quarters and players totals were right on…the foul totals were off. (Confession – appropriate as doing a Lancaster Catholic game- this score-keeper taught math for 36 years, did not use a calculator, and thinking too much common core and not enough adding in recent years!)

Lanc. Cath. … the Crusaders are coming off an historical year 2016-17 as they won Section 4,the LL, and District 3 titles. They practically lost their entire team…and as history reveals to us – the Crusaders reload. Joe Klazas has led Lancaster Cath for the last 12 years. He earned his 242nd win this weekend. LC beat down Spring Grove in the first game using a 19-1 run the second quarter to put the game away. LC pushed Spring Grove to the baseline and let its big back-line swat shots and contest anything inside. The back-line of Dwayne Caine (6’4” jn), RJ Van Tash (6’2” sn) and David Kamwanga (6’6” soph) would dominate both games over the weekend (69-31 over Spring Grove and 58-48 over Central York) Central York features a perimeter oriented , 3 ball shooting team. The Panthers got down early 19-6 after one and made a very late push but basically the Crusaders rode the emotional wave of the first quarter to claim the championship.

High scorers for the weekend: 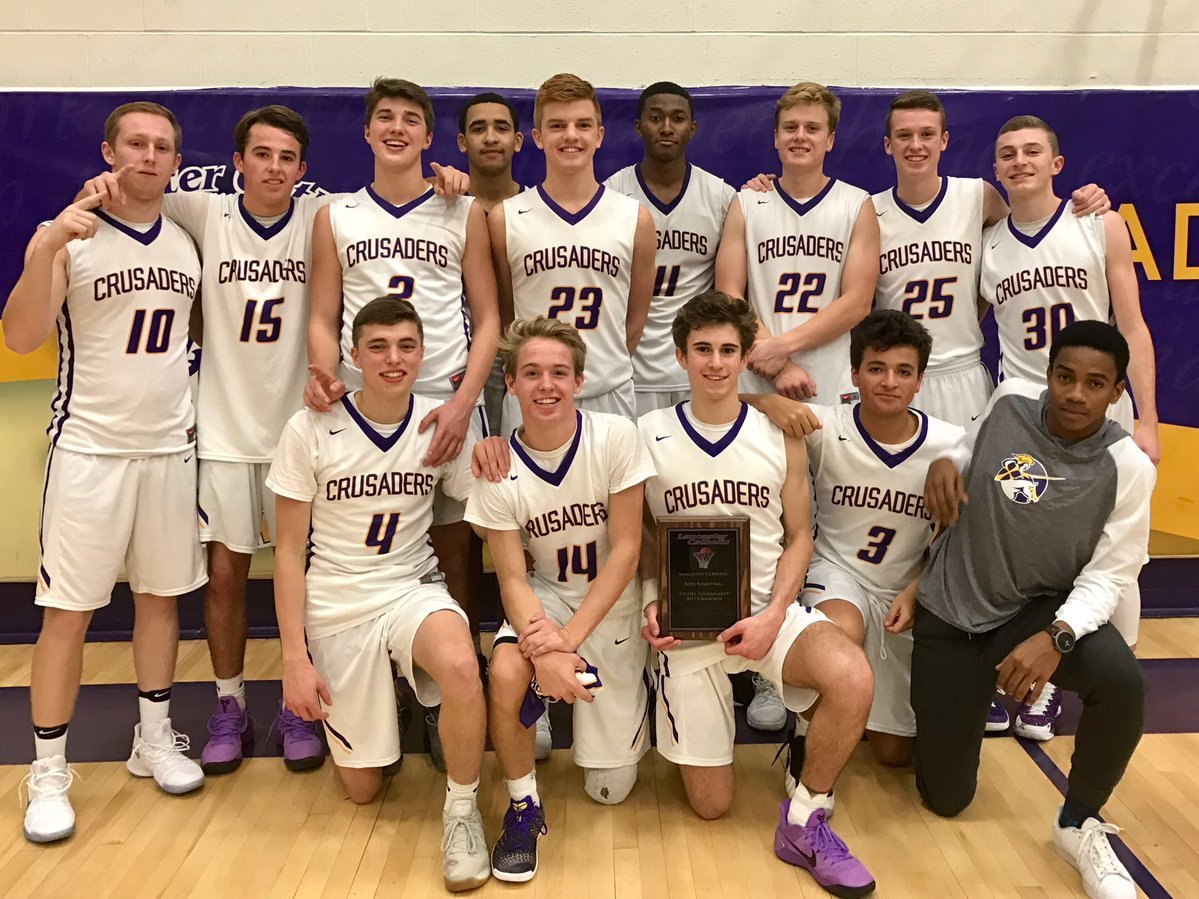 Penn Manor split this weekend. Central York used a three point barrage in the first half (8 of them) and pretty much coasted to the win: 59-35.

The Comets earned a W in second game as PM held Spring Grove to 2 points in the 4th quarter turning a 33-32 deficit into a 42-35 win. Penn Manor pounded the off. glass to keep the game close. Alex Arias, 5’6” jn, provided a huge spark (7 pts all in the second half) as point guard Kevin Roldan, 5’9” jn, was in foul trouble. Spring Grove had a good look at a 3 ball late, but it was short. The Comets finished it out on the line. PM had no players hit double figures.

Some key match-ups this week. All games are big for the schools involved but here are a few that caught our eye. Follow @llhoops this week as we will tweet out which games our staff is attending.

Friday: ALL LL play except for Crest vs York at Philly

Predictions…ok I’m cheating as we have had a weekend to evaluate. Bring on the Bulletin boards (do teams still have B Boards or blogs, twitter sites, huddle and instant gram protected sites? )!

Section 1…The big boys will be beating on each other all season long. Front-runners include Hempfield, TWP, Crest. Sleepers will be McCaskey and Lebanon.

Section 2…A lot of talent coming back in this section..plus a lot lost.

Section 3…LL History leads us to believe LMHS and Lancaster Cath. will battle for the title…Not a bad conclusion.

Thanks to Warwick AD, Ryan Landis, for providing us with the 2018-19 section breakdown.

Basically, the LL is getting ready for possible expansion of smaller class teams into the LL. The playoffs are to be determined. So… we will see the return of crossover games in Sec 1 and 2, Sec 3 and 4, and no crossovers for section 5. The re-alignment should help with power points for district placement. For example, Lancaster Cath. would now be playing higher power point teams and not playing 1A teams such as Lebanon Cath. The smaller teams would be playing a much more level playing field. The big boy schools (Section 1 and 2) are mostly 6A classification so would not be hurt too much by cross-over games. We believe there will be more movement in the LL in the future as far as adding teams.

Opens for some Thursday..most teams will be opening Friday.

Thought of the week:

“You can’t undo the past… all you can do is face what’s ahead. It’s up to you to change. No one else” Jay Williams, ESPN @RealJayWilliams

LL trivia: Coach Joe Klazas has over 200 wins in the LL. Besides Coach Powell, McCaskey (over 400), what coach has the most LL victories with his CURRENT team?

Check out some High School hoops games this week!