LLhoops is entering its 20th year.

What started out as a fill-in for Dell to keep busy between hoops jobs has turned into….Well, what you see now. I started by covering Section 1 in 1999– remember the Hempfield and McCaskey teams from that season? Many folks were instrumental in helping LLhoops grow and become relevant on the web and in the local scene for a go-to place for LL information. Jerry Shenk provided us with District 3 and PA state rankings throughout the years. Dave Porter would give us some great pictures with some funky designs. Curtis Watkins jumped on board as he gives us a southern flavor while giving us his Delaware Rankings of teams and players. Most recently, Andy Herr (@AndyBrackets) has provided us with a much needed shot in the arm as he covers the LL like no other (has seen EACH team at least once a season for the past 5 seasons). Bruce Badgley (@BadgleyBruce) of the Berks Beat has helped us enter a new phase of covering high school hoops by incorporating video coverage (live streaming, periscope, and Youtube) in our website. Kirk Neidermyer helped with web re-design , IT help, and fantastic pictures most recently. Mark P (@Mark22Photos-lots of credentials including: Women’s USA Field Hockey, Auburn Football, LNP, PSU Football, and Duke Basketball) also provides us with great game-shots. Coach Warren Goodling is providing us with his input both in the written form and as a broadcaster for our live steaming games. Eric Thomas (@ByEricThomas) adds a professional touch/voice to our live streaming games. (check out LL finals 2019) Mike Bullock (@thebullp_n) provided us with insights and his top of the line PA state rankings.

Who’s in this photo? email us webmaster@llhoops.com or twitter @llhoops

As LLhoops morphed into what it is, there were MANY issues/stories/troubles that were encountered. The first issue was trying to get LLhoops recognized as a legitimate media outlet. Can you remember when there was not a place to see scores or write-ups on games until the next day? Or checking the local newscasts at 11 pm to get the scores on games, and then switching from channel to channel as some scores were never on any one channel? Thought so 🙂

The first issue we encountered was getting into games as “press”. Dell has a letter from the L-L stating that we are considered “press” but must talk to the AD about allowing us into the games- yep. This formalization was HUGE as we got kicked out of a game taking pictures from the baseline at a game.
No lie 🙂

The second problem that we encountered was being looked at as second-rate citizens in the media world. Basically, we did our thing and never thought of, and still don’t, LLhoops as competition with both TV and newspaper outlets. As we started sharing information both ways with reporters, things started changing. At one point we were posting the averages of the L-L teams in L-L play. Some reporters were doing this by hand (Gordie Jones @gordonwjones) before the time of spreadsheets (yep), and every once in awhile we would be asked about some games. Today we have excellent relations with reporters at LNP (John Walk, Mike Gross, Jeff Reinhart and many stringers), Lebanon Daily (Pat Huggins), and WGAL (Pat Principe).

As we continued our growth, we needed to be recognized by District 3. Wendel Hower of Manheim Township was the chair of District 3 at that time. I asked him how we could be recognized as “press”. He stated that we should write a letter to request credentials- remember that at this point newspapers/TV did not have websites dedicated to local sports. Not sure how Wendel approached his group, but we got a letter stating that LLhoops was indeed “press”. I believe LLhoops.com was the first web media to be recognized by District 3. We continue to have a healthy relationship with District 3 with the help of current and past members of the District 3 Committee: Ron Kennedy (Donegal), Doug Bohannon (ELCO), and Dave Bitting (Lower Dauphin).

The last hurdle was the PIAA tournament. The PIAA recognizes web sites for their tournament, but there is a procedure to be placed on the list. First, the site has to be a legitimate business with a tax number. Secondly, the business has to put in a request. Thirdly, one has to wait until the day or two before the tournament to see if they make the cut. We have been covering the tournament for about 10 years. Probably the most recent highlight was Andy and I sitting court-side when Reading HS won the tournament. I always look forward to sharing some time with Mike Gross during the tournament as he always give us “Kaboom” during play.

What’s next?   I’m not sure what the next 5-10 years will have in store for us.We have entered into the video world with the use of Periscope and Youtube videos of snippets of the games and live streaming. Our use of Twitter continues to grow our brand as we get scores and give scores quickly. We are in the midst of yet another re-design: most of our followers are connecting via cell phones so we need to make the site more cell friendly. Bruce Badgley has started a new app – Small Player Big App, which we will be teaming up with this season as we continue with our live streaming this season. We will be posting an All-Decade team soon (2010-2019). We would also love to cover the L-L girls and would dedicate a part of LLhoops.com for such coverage, but we would need a few folks do provide/post info. Also, we will take work from students if they want to do some projects involving their school/team/players in video/written form. Finally, we promised Wee Sanchez (Lebanon Catholic) some increased coverage and that we will do our first espanol interview this season! 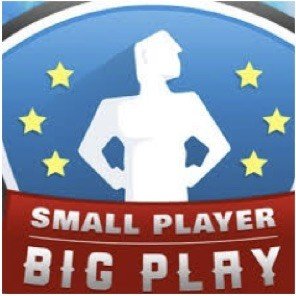 Behind the scenes..and missed. The problem with covering the L-L for a long time is that we lose folks who are instrumental in their programs. I know most teams/schools have a booster, assistant coach, or just a long time fan/booster that makes life easier for all. These folks keep the books, help organize the team/coaches, and do the little things that helps the program run smoothly.

The following are three men who I met in the L-L scene:

Chuck Vargo- Penn Manor and Donegal
Recently, one of my helpers (Chuck Vargo), when I was at Donegal HS, passed away. Chuck would do all of our stats, help players with their shooting, and keep his head coach, Dell, grounded in reality.

Ken Geib, long-time assistant coach at Donegal shared this, “One of the funniest things Chuck (Vargo) told me was, ‘Kenny, you’ve got to keep an eye on coach. If he starts getting out of control, real him in.’ I said, ‘Why me? You’ve known him forever.’ He then said, ‘You don’t have to ride back to Millersville with him!'” Chuck was one of a kind. I loved talking Orioles Baseball with him and busting his chops over Penn State Football.”

Chuck was my booster president when I coached at Penn Manor. He stayed in touch, and when I asked him to help me, he was more than willing to get involved. All of about 140 lbs when he graduated from high school, Chuck was signed to an MLB contract…Lasted about two weeks and the team asked for his bonus back :).

Barry Ford of Columbia.
I called him ‘Mr. Columbia’. Barry knew everything about anything at Columbia. He wrote for the local paper and the Lancaster Paper. He recently kept the book for the Tide.

Head Coach of Columbia  Kerry Glover said, “Mr. Ford was one of the first people who welcomed me when I first got the job at Columbia. I did summer training clinics at Markle Park open to anyone from Columbia. He rode back there every morning around 8 am before anyone showed up and gave me words of wisdom. It’s guys like him who I draw my strength from now. If he remained consistent and fulfilled his duties at every home game and pressed his way up on the hill, then what’s my excuse? Thank you Mr. Ford for leading by example.”

I met Barry when I was at Penn Manor. He loved to talk sports, and always would give me the scoop on what was happening with Columbia Hoops and around the district. The last time I talked with him, he was at the Columbia boat ramp in his wheelchair…And of course we talked hoops!

Ex Crusaders’ head coach, Bill Southward, said, “Tony loved being involved with the kids at Catholic and the CYO. He had the ability to evaluate players from a very early age ..It was interesting to see how he viewed players and especially their ability to help the team win.”

I would always have a short chat with Tony anytime I was covering a Crusaders’ game. Of course, both Chuck and Tony knew each other and asked about each other via Dell.

2019-20…
All schedules are posted on each teams respective pages. Rosters will be added as the coaches send them our way- or parents or AD’s:) Andy and I will continue to cover L-L games throughout the season and into the playoffs. We will be releasing an All 2010’s Decade team shortly, the list will probably grow as we get some more information, but it will be a good start to recognize some of the outstanding players of the past. Every once in awhile we get some feedback from past players and vet their information with various sources (See Tony Arcudi above). We plan on doing some live streaming this season. Last season we had some successes and some failures. Hoping with Small Player Big App. Get this app online. It’s free and will be helpful to watch our live stream games this season. Fingers crossed we will not have as many problems. Please remember we have NO control over weather :). As always, a sincere thank you to our sponsors. We could not exist without financial help. If you have a business and would like to support us, we would be more than happy to work with you. As we grow, we have more expenses- big surprise right :). The new look design should be completed by Christmas, maybe sooner.

Special thanks to the L-L coaches… 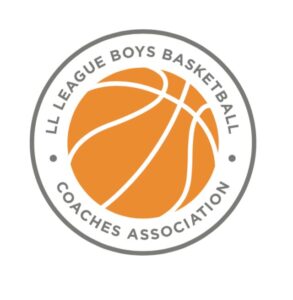 Been there and done that. I know fans sometimes get upset with the head guys once in awhile- or more often :). However, our dealings with the coaches have been nothing short of outstanding. I can honestly say there has not been one coach who has not helped us with interviews (we try to get an online interview with the “newbies”- David Long, Solanco), rosters, and basic information both online and in person. The job of guiding a team is very challenging with all the issues coaches have to deal with- from AD’s meetings, scheduling, practice times, boosters, practice schedules, film watching, and the games themselves.

Won’t be long…enjoy the season!