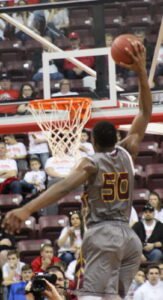 A little review and preview of the LLhoops.com site. The new, the old and the ???? 🙂

Looking back—from Andy Herr’s first LL game (Spot) to the PIAA finals, llhoops.com covered a lot of games. Andy accomplished his goal of seeing every LL team play at least once. Dell got around to seeing some teams for the first time and meeting and corresponding with a variety of LL coaches.

Section 1, Section 2, Section 3
Selected by our staff. Congrats to all players who made the cut last year. We made each team 6 players as the cutoff was difficult for a top 5, plus we could honor 2 more players this season per section. Since we have seen all the players in the LL, we feel confident that our listing is solid. There was no consideration given to positions and the number of players from any team.

We also posted the last 8 years of previous ALL LLhoops.com teams on our archive page- fun to check out some “old” names. For some reason there is one year missing- apologies to that year.

Misc thoughts….Andy’s last column hi-lights a lot of what we saw this year….Congrats to all our 1000 pt scorers….Congrats to Coach Geoff Groff for going over the 400 win mark this season….Congrats to our LL refs (PIAA championship game this season)—aside all in all from the games I saw, the LL boys had a pretty good season-and were included in some of our galleries…Photo galleries were new this year (photos for sale by contacting llhoops.com)…PCN asked to use a video we shot for the PIAA games….LLhoops.com is providing input on all state teams….We learned all about “blarges” this season (although the word does not appear anywhere in the rule book)….LNP’s John Walk, Mike Gross, and Jeff Reinhart (girls) were invaluable for info this season. We spent time with each at regular season games and playoffs (LL/Districts/PIAA). The LL has coverage that few in the PIAA can match.

Tweet tweet….LLhoops twitter site followers increased for the 3rd year in a row, as did Andy’s, Bruce’s, and Jon K’s. Bruce’s handle included a “zillion” videos from the Berks county teams. We used some periscope for brief clips of games, which sometimes were good quality- sometimes not. One of the hi-lights this season was seeing a clip from Crest/York game shown in a classroom at Crest- great use of a whiteboard!

Looking ahead…
LL re-alignment (again). This season there will be 5 sections. Welcome to Octorara and Lancaster Country Day. The section alignment is listed on llhoops pull down menus. The playoff format has not been decided, but it’s getting closer. We will post that info when we get it.

And welcome to a familiar name in the coaching circles: Gene Lambert, Octorara

New for LLhoops:
LIVE STREAMINMG
Berks Beat media specialist Bruce Badgley (@BadgleyBruce) arranged to have some Berks Co. games streamed this season. They will appear in a live shot box on the front page of LLhoops.com. Also, we will feature 5 LL games throughout the season. We are excited to be joined by Eric Thomas (@ByEricThomas), Doug Kraft (@kraftsmanship) and Warren Goodling in various combinations for the LL games. Schedules for the games will be posted soon.

District XI
Brian P (@BPtashinski) adds exposure for llhoops.com in the Allentown Area. His info will be posted in the main page and under the drop down menu for Beats.

Warren Goodling
Coach Goodling gives us his insights from his experience coaching. Good info for coaches, players and fans. With over 400 total W’s behind his name, we are honored to have him on board.

LLhoops Shop
Tshirts for sale this season. $15 shipped…$10 if you catch us at a game.
Andy is working on a possible Lebanon County shirt- stay tuned.

Begging…Since we are doing more with the site, the costs go up as well. Anyone who thinks LLhoops is a good fit for their business, please contact us (webmaster@llhoops.com). We have various packages this season.

Ready, set, go….The time is now. Best to all teams, coaches, players, and fans. Our coverage will start Friday with the TWP tip off. It’s an exciting time (all teams unbeaten!)